The company’s core focus is in unlocking the hidden wealth of the African continent through utilising the latest Technology in airborne geophysics.

AeroSurv is actively involved in airborne surveys in Zimbabwe with its core focus in unlocking the hidden wealth of the nation through utilising the latest cutting edge airborne geophysics technology.

The indigenous company is so far the only geophysical airborne operator to provide surveys with specialised aircraft in Zimbabwe.

The company utilises the rugged Air Tractor aircraft equipped with two high powered magnetic sensors on each wing, making it the ideal aircraft for acquiring ultra-high resolution geophysical data due to its low flying capability. The company has seven of these aircraft in its fleet, allowing the company to Handle large national exploration projects.

AeroSurv’s latest project is the highly publicised ZCDC Mwenezi exploration project. The project was commissioned on the 25th of March 2019 by the Minister of Mines and Mining Development, Honorable Winston Chitando. The 8,800 line kilometre project will cover Mwenezi, Chiredzi, Ngundu, and Rutenga. This project is expected to give a fascinating insight and provide an understanding of the geology and mineral prospective hidden in the sands beneath the ancient Great Zimbabwe kingdom utilising modern geophysical equipment and techniques. 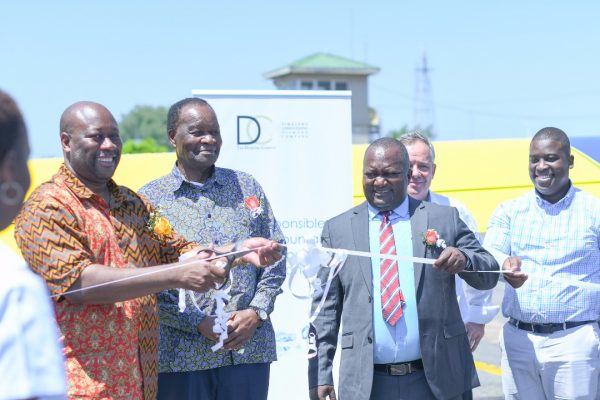 Aerosurv also proposed to conduct the Marange/ Chiadzwa exploration project in an effort to conduct a thorough mineral resource quantification in Marange/Chiadzwa amongst other projects.