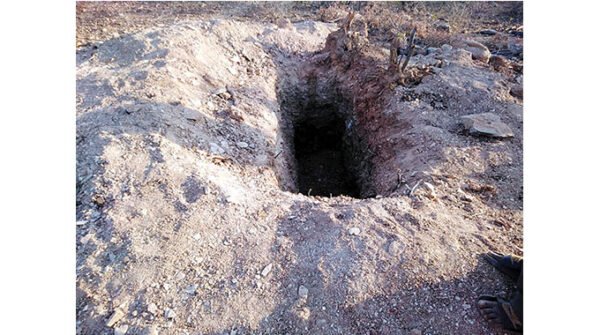 An unidentified body of a male recovered in a disused mine shaft at Mukaradzi mining site in Mt Darwin on June 15 has been sent to Parirenyatwa Hospital for postmortem, with police appealing for people with missing relatives to come forward.

Mashonaland Central police spokesperson Assistant Inspector Naison Ndliwayo said the man was wearing a blue work suit and the bottom had reflectors on the knees.

He was putting on a blue t-shirt and black gumboots with orange patches on the soles.

“On June 15 this year at around midday, Raymond Zongoro (21) of Chaora village smelt a stench while passing by the disused mine,” Asst Insp Ndliwayo said. “He informed others and they went to investigate. They found the body floating in water and retrieved it.”

Police attended the scene and the body was ferried to Bindura Hospital before being transferred to Parirenyatwa Hospital.