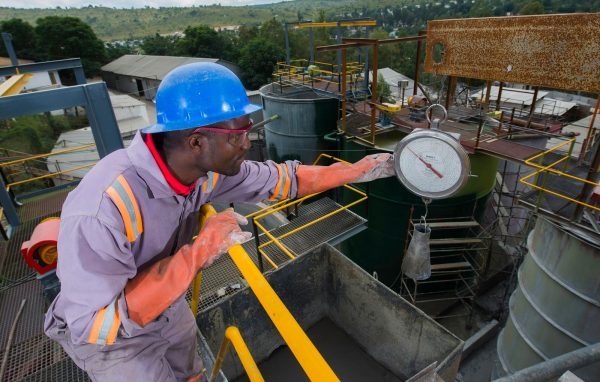 Mining group — Dallaglio Investments has brought in equipment from Netherlands for its Eureka Mine as it moves to beat global shipping delays.

World over, businesses have been affected by supply chain disruptions following the outbreak of the Covid-19 pandemic that has
seen many countries closing borders or operating at limited capacity among other challenges.

Dallaglio chief executive officer Mr Marc Nicolle said the firm received some key parts of crushers that will be used at Eureka Mine ahead of commissioning scheduled for next month.

“They were flown in from the supplier to avoid delays due to the global shipping issues,” said Mr Nicolle via WhatsApp chat.

“The hydraulic lube packs power the secondary and tertiary crushers used on the Eureka plant. These packs were air freighted in from Amsterdam in order to allow commissioning of the crushers to remain on schedule for July 2021.

“They are essentially the last piece of major capital equipment required to allow production to begin at the mine.

“The decision to air freight them was made by the project team due to the chaotic global supply chain situation with both the pandemic and the Suez Canal creating significant risks for delay,” he said.

Market watchers content the mining operations will boost the diversified crocodile breeders earnings at a time the crocodile skins have been adversely affected by the Covid-19 pandemic especially in its key markets which are Asia and Europe.

In FY20, Dallaglio’s revenue came in at US$40,35 million contributing over half of Padenga’s US$71,38 million revenue, which was 145 percent ahead of prior year reflecting consolidation of the mining operations.

Dallaglio’s profit after tax came in at US$5,15.

Mining contracts must be published – PWYP

In Q120, an update on Pickstone extended its mine life by 10 years and together with Eureka Mine whose rehabilitation is on course  are expected to boost production and maintain earnings growth trajectory.

“Overall revenues for the business are expected to remain on a strong upward trend carried by extension of the gold mining operations,” said stockbrokers IH Securities.