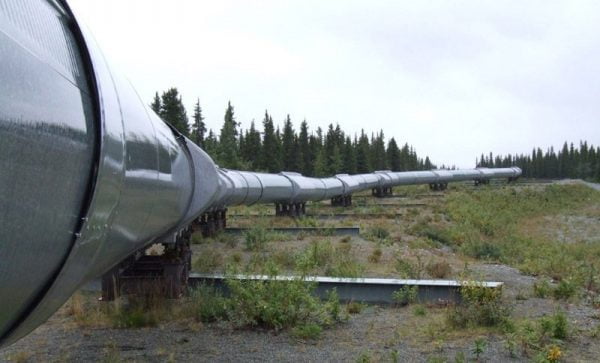 The National Oil and Infrastructure Company (NOIC) intends to start work on upgrading the Feruka Oil Pipeline in the second half of this year to increase fuel transportation capacity into the country.

This comes after demand for fuel in Zimbabwe nearly doubled last year on the back of increased business activity in the country, according to Minister of Energy and Power development Dr Joram Gumbo.

About 90 percent of the fuel consumed in Zimbabwe is transported using the Feruka oil pipeline while the balance is transported by road using tankers, which are often blamed for damaging roads.

This was said by NOIC chief executive officer Wilfred Matukeni said the upgrade is being done to ensure that the country receives efficient fuel supplies.

He was speaking on the side-lines of the NOIC international standards organisation (ISO) 9001:2015 quality systems management certification.

“We are looking at the ways to upgrade the Harare-Feruka pipeline, we are targeting the upgrades to be complete by the mid-term so that more fuel could be carried and the country continues to receive efficient fuel supply.

“In terms of usage we are using an average of 160 million/litres against its total carrying capacity of 180 million litres marking a heavy usage of the pipeline,” Mr Mutuke said in an interview on Friday.

Mr Matuke said the Feruka pipeline upgrade project will be done through NOIC and its development partners who are already working on the necessary budgets for the commencement of the project.

“The upgrade of the pipeline will not be done directly by NOIC, but it will be done through NOIC and its partners who are mainly  (Companhia do Pipeline Mocambique–Zimbabwe) and (Petrozim Line) PZL so the amounts (funding) required by the project are being worked out by the relevant authorities as we speak,” he said

The last upgrade of the pipeline was done three years ago when a drag reducing agent, which allows for quicker movement of fuels, was introduced.

The development follows assurance by Government that it was still actively pursuing the construction of a second oil pipeline to ensure fuel destined for the country and beyond is transported via the pipeline.

The planned pipeline was expected to run through Zimbabwe to Harare and Bulawayo. From Bulawayo, it was to run south-west to Botswana and north through Zambia to the Democratic Republic of Congo.

A thorough assessment conducted by IHT Markit, a world leader in critical information analytics and financial expertise, on how to increase the capacity of the Feruka fuel pipeline and possibility of a second oil pipeline showed that there was room to lower the cost of moving fuel through  increasing pipeline from Beira to Harare.
The Herald