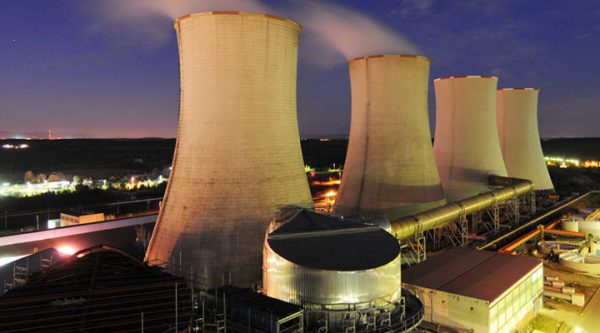 Zimbabwe might face challenges accessing the US$1 billion loan facility from China Eximbank for Hwange Power Station expansion following the change of functional currency that resulted in funds that were held in an escrow account to securitise an earlier loan being converted to local currency.

This emerged during a briefing between Zesa officials and newly appointed Minister of Power and Energy Development Advocate Fortune Chasi who was on a tour of power generation facilities in Kariba.

Fears now abound that the bank may soon register its misgivings in writing, indicating the escalation of the gravity of its reservations, which might strain the relationship between the parties.

At this point, Eng Chikuri said, there will be need to urgently address the issue, which posed serious threat to draw downs on the US$1 billion loan for Hwange extension project, a programme already underway. Zimbabwe cannot afford to delay the Hwange units 7 and 8 expansion programme at a time the country is gripped in the throes of a debilitating power deficit, which has spawned load-shedding.

The escrow account funds related to a US$320 loan million Zesa received from China Eximbank for the capacity expansion of Kariba South power station.

The 300 megawatts extension project, completed in March last year and commissioned by President Mnangagwa, cost just over half a billion US dollars.

State power utility, Zesa, was obligated to maintain an escrow account balance of US$28 million held in the form of trust funds that would be accessed by China Eximbank if the borrower defaulted.

However, while the escrow funds were deemed US dollar balance, they immediately became local currency in February this year, after the Reserve Bank dropped the parity policy between the green back and bond notes/coins and electronic balances.

At the current rate of about 3,5 RTGS to US dollar, the escrow account funds are equivalent to about US$7 million. Effectively, it means Zesa breached an agreement between the parties to maintain the prescribed escrow account balance of US$28 million, which might scupper funding arrangements for Hwange, funded by the same bank.

The Government of Zimbabwe is the common borrower for the two loan facilities and breach of funding terms for the Kariba South loan presents real risk of China Eximbank blocking disbursements to Hwange.

Zesa had also signed power purchase agreement, an agreement for the Kariba, loan denominated in US dollars, from which funds deposited in the escrow account should be mobilised.

The State power utility must pay at least US$16 million interest and principal to China Eximbank twice a year, failure of which the bank can “raid” the escrow account funds, as per the parties’ agreement.

Kariba South Hydro Power Station general manager Engineer Wellington Maphosa said Zesa had since written to the Reserve Bank to make an undertaking to honour the escrow balances on 1 to 1 parity.

However, the Reserve Bank is reportedly yet to pronounce its position on whether it can honour the request, which has a huge bearing on the loan for Hwange.

“This agreement was signed in 2014 in US dollar. I think you have heard about the US$533 million budget (for Kariba South expansion), it was made up of two major loans.

“One was from Standard Chartered of US$150 million. This one is being serviced from sales of power exports to Namibia and this loan is under control.

“The second major loan was obtained through China Eximbank; this is where we have a major challenge because now power is paid for in RTGS dollars. It (payment) has changed from US dollars.

“So, that change of currency has eroded the debt service reserves. China Eximbank required us to build (US dollar) resources,” Eng Maphosa said.

Eng Maphosa said they had been building the escrow reserves over the years in preparation for the first payments of clearing the China Eximbank loan, which falls due in January next year.

“At the time we received payment (of the loan), China Eximbank would request bank statements to see if we were keeping our side of the agreement,” he said.

Eng Chikuri said if the challenge was not addressed, Zesa would not be able to get the second interim payment, which could immediately throw the Hwange expansion project off the rails.

“The threat has already come from China Eximbank, but at the moment it’s still verbal, when they write to us, that issue will need to be addressed immediately.

“The second primary power station after Kariba is Hwange. For Hwange we got US$998 million from China Eximbank. We have the challenge that if we don’t correct the anomaly now, we may not be able to get the second interim payment,” he said.

Zimbabwe faces an acute shortage of power following the reduction in water allocation for power generation at Kariba by Zambezi River Authority, which regulates use of Zambezi River water.

Kariba Dam, which supplies the country’s largest power plant, sits on the Zambezi River, which demarcates Zimbabwe and Zambia and manages the river on behalf of the two neighbouring states._The Herald