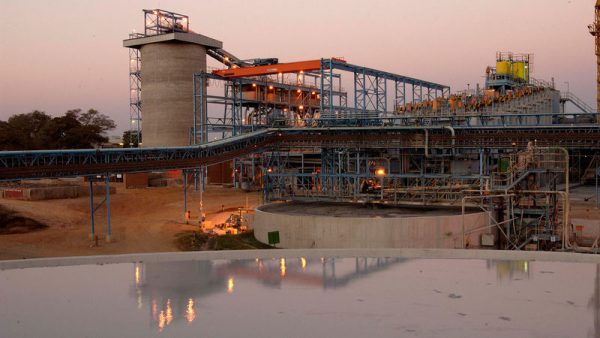 Redwing Mine needs US$6m to restart

PLATINUM group metals (PGM) production at Mimosa Mining Company increased by one percent to 60 714 ounces during the six months period to June 30, 2021, largely driven by continuous investments into operations.

Mimosa’s parent company, Sibanye–Stillwater of South Africa, in a half-year results presentation said the platinum company maintained steady performance with an all-in sustaining costs increase of eight percent to $912 per 4Eoz due to a 56 percent increase in sustaining capital.

“Attributable 4E PGM production from Mimosa of 60 714 4Eoz was one percent higher than for the first half of 2020, with Mimosa maintaining a steady performance with AISC increasing by 8 percent due to a 56 percent increase in sustaining capital,” Mr Neal
Froneman, Sibanye’s chief executive said.

During the period under review, 714 000 tonnes of ore was mined at the Zvishavane based mine compared to 698 000 tonnes in the prior year same period.

“PGMs sold during the period under review were 55 8777 ounces at an average price of US$2 694 per ounce,” Mr Froneman said.
Mimosa is among the country’s largest three platinum producers namely Zimplats and Unkie, which are majority owned by South African mining giants. Other upcoming platinum projects under different stages of implementation include the Great Dyke Investments, Bravura, and Kuvimba Mining House.

Zimbabwe has the world’s second biggest known deposits of platinum after South Africa.

According to the World Platinum Investment Council (WPIC) latest Platinum quarterly report, Zimbabwe’s output in 2020 increased four percent to 472k oz from 455k oz in 2019 largely driven by the huge relaxation of the Covid-19 lockdown by the government within
the mining sector.

According to Mr Froneman, for 2021 total platinum supply is now forecast to rise 16 percent year-on-year to 7 883k oz.

However, it will remain below pre-pandemic 2019 levels, while total platinum demand is expected to rise by 5 percent year-on-year to 8 041k oz.

“As a result, the platinum market is forecast to remain in deficit in 2021, for the third consecutive year, with the shortfall expected to deepen to -158k oz from our previous projection of -60 koz.

“The revised forecast of total platinum supply in 2021, 16 percent higher than in 2020, reflects an expected 20 percent of +988 koz recovery in refined production but only a 3 percent pick up in recycling supply,” he said.