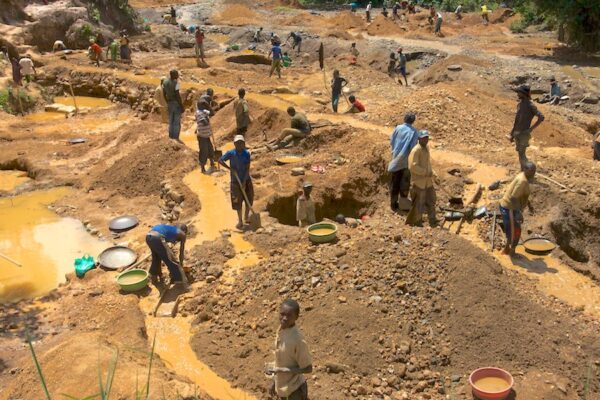 Role of tribute agreements in mining

Some mining activities have left a trail of destruction at the Cold Storage Company (CSC)’s ranch and feed lot in Darwendale where the company used to keep at least 25 000 cattle.

Mining companies owned by both foreigners and locals have set up make shift chrome mines, destroying about 40 percent of the 10 000 hectare farmland, according to initial assessments, but the total area degraded could be larger, officials have said.

CSC is wholly owned by the Government and used to be among the country’s largest employers before its fortunes waned due to a number of factors including loss of key export markets and stiff competition from private players after de-regularisation of the industry in 1994, as a result of the economic structural adjustment programme (ESAP).

Bousteads Beef, an investor working on reviving CSC, entered into a 25-year joint venture agreement with Government in January 2019 under a US$400 million deal, but huge outstanding debts prompted the new investor to immediately file for a business rescue to
protect the meat company’s assets from being attached by creditors.

The ranch is now littered with huge heaps of chrome dumps and several flooded mining pits endangering the over 25 000 cattle and people.

“Some have gone and have not made any repairs on the environment,” a Boustead official who declined to be named said because he was not authorised to talk to the media.

“Not only our animals, but even people are now at high risk.”

Mr Reggie Shoko, the Boustead consultant, told The Herald Finance & Business in an interview yesterday that mining activities had to a larger extent made the environment unsuitable for keeping animals because of the dangerous chemicals used.

“It is now more of a disused mine than a ranch,” said Mr Shoko. “We are also experiencing the same problem in our ranches in Chinhoyi and Bulawayo and we don’t know how we are going to separate our agriculture and mining.”

He added that most of the miners were illegal, a claim that could not be verified at the time of going to print.

Some of the alleged illegal miners, including children as young as five, and women, have descended on the ranch where they are extracting residual raw chrome from the dumps.

They are working under extremely dangerous conditions, risking their lives.

Caledonia Mining over the moon about debut GDXJ Index inclusion

“We earn US$10 for every tonne and it takes us about a week to build that quantity,” one of the illegal miners said.

She said she was not aware of who they were working for, but some miners claim “a local businessmen purchased” the dump materials for further processing. “We stockpile the stuff and the “boss” sends his trucks for collection normally after a week,” said the woman, who is in her mid 30s.

Boustead is working on reviving the CSC, but the process has been slow due to a number of reasons including several lawsuits, illegal mining activities on its ranches and labour disputes.