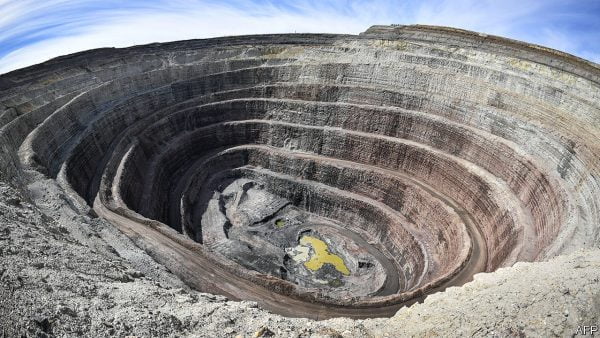 THE Government has issued 15 more diamond mining claims to Alrosa Zimbabwe, a joint venture between the world largest diamond producer and the state-owned Zimbabwe Consolidated Diamond Company (ZCDC), an official has said.

This was is fulfilment of the agreement between the Government and the Russian mining giant, the official said, and most of the claims were now under exploration.

“The agreement entailed Government issuing 40 claims to Alrosa and this has been fulfilled,” said the official who requested not to be identified because he is not authorised to talk to the media.

“The claims are in Masvingo, Manicaland and Matabeleland North.

According to the terms of the agreement, Alrosa owns 70 percent controlling stake in the greenfield projects being developed by the two partners while ZCDC is entitled to a 30 percent shareholding.

“Exploration is now in full swing at most of the claims,” the official added, but could not provide timelines as to when the process would be completed.

“Zimbabwe holds large deposits of diamonds. Planned investments into the sector are expected to help Zimbabwe achieve US$12 billion mining economy by 2023.

Last year, Alrosa said it had begun preliminary exploration work for commercially viable primary diamond deposits in the country and was looking to invest US$12 million.

Zimbabwe’s presence on the global diamond map became more pronounced around 2010 when the Government, through the Zimbabwe Mining Development Company (ZMDC) entered into joint venture agreements with private investors to exploit the gems in the Chiadzwa and Marange diamond fields.

In 2016, all companies were ordered to stop mining activities because their licenses had expired.

Late former President Robert Mugabe claimed diamonds worth billions of the United States dollars had been looted. The Government, under the Second Republic has promised transparency in the diamond industry.

Before exploitation of diamonds in Chiadzwa, Zimbabwe diamond mining activities were mostly done at River Ranch in Beitbridge and RioZim’s Murowa diamond mine, formerly owned by RioTinto Plc.

During the first quarter of 2021, about 702 639 carats were produced in Zimbabwe surpassing the previous quarterly production and the same period in 2020 by 20,3 percent and 15 percent, respectively.

In the outlook to year end, diamond production is projected at three million carats, driven by anticipated ramping up of production by current producers, taking advantage of the ongoing investments in exploration and mine development, as well as the anticipated resumption of operations at Anjin in June 2021.