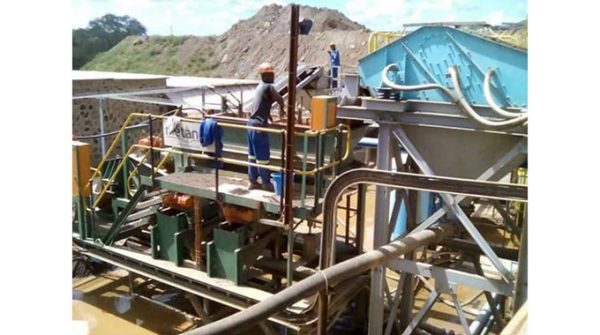 Is copper on the rebound as new fuel?

Regional mining group, Premier African Minerals, has made progress on drilling at its Zulu Lithium project presently under development in Matabeleland South province.

Last month, the mining concern announced a placement of £1 million for the ongoing definitive feasibility study at Zulu.

In a statement, Premier said drilling was underway at Zulu with the second drilling rig expected on site over the weekend.

It said laboratory equipment is expected on site next week.

Premier chief executive officer George Roach commented: “I am deeply encouraged that despite the Covid-19 related lockdowns and travel restrictions in the Sadc region, we are making progress in the drilling programme that is central to Zulu’s Definitive Feasibility Study (DFS).

“With the essential elements of Geodrill’s camp now established, I look forward to the ongoing expansion of Zulu’s camp as we progress into the various other facets of the DFS study”.

The Zulu lithium mine is one of the 25 projects the Government – through general notice 328 of 2021, has granted Exclusive Prospecting Orders for a period of three years up to 2024.

Premier has said the placement to raise £1 million before expenses at an issue price of 0,16 pence per new ordinary share was to ensure uninterrupted work at Zulu.

In addition, this entails allowing additional time to enhance value through the DFS, and comprehensively and without any pressure assess other options available to fund the balance of the DFS exercise.

The projected time-line to complete the DFS at Zulu has been ratified by Bara Consulting, a United Kingdom-headquartered independent engineering consultancy focused on serving the global mining industry.

Redwing Mine needs US$6m to restart

Premier is focused on mining and developing natural resources in Southern Africa with its RHA Tungsten and Zulu Lithium projects in Zimbabwe.

The group has a diverse portfolio of projects, which include tungsten, rare earth elements, lithium and tantalum in Zimbabwe and lithium and gold in Mozambique, encompassing brownfield projects with near-term production potential to grass-roots exploration.

Premier also holds over 5 million shares in Circum Minerals Limited, the owners of the Danakil Potash Project in Ethiopia, which has the potential to be a world class asset. In addition, the multi-commodity firm holds a 19 percent interest in MN Holdings Limited, the operator of the Otjozondu Manganese Mining Project in Namibia.