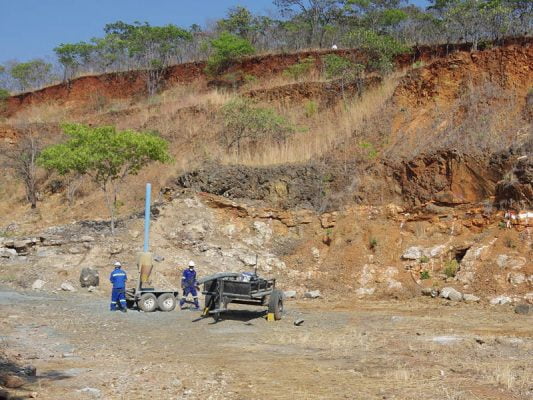 Approximately 70 percent of the engineering procurement and construction (EPC) scope for the Arcadia lithium project pilot plant has been completed, developer Prospect Resources has revealed.

The smaller, commercial scale plant represents a shorter and low risk pathway to near term production of lithium from the Arcadia while demonstrating capacity to investors.

Prospect has already signed offtake agreements with some buyers, including one of the world’s largest suppliers of specialty minerals Sibelco, for its petalite product.

Successful completion of the pilot plant will allow the company to start fulfilling global orders. All of the firm’s production for the first seven years is covered by offtake orders.

Initially, Prospect said it would build a larger pilot plant for both petalite (technical) and spodumene (chemical) lithium, but will now build a technical grade lithium plant first.

Petalite, as a proportion of the Arcadia mineral endowment is significant and increasing its recovery and global sales is an important strategic objective as the project progresses.

Arcadia, 38 kilometres east of the Capital Harare is set to become Zimbabwe’s largest and second active lithium mine, with capacity to produce both technical and chemical grade products.

Lithium is an integral element of the Government’s plans to grow mining to a US$12 billion industry by 2023 with lithium expected to contribute at least half a billion dollars by that time.

The Australia Stock Exchange (ASX) listed company said its flagship project remained on schedule to achieve the first shipment of high purity petalite by the end of the second quarter of 2021.

Planned progress in design, procurement and construction of the Pilot Plant includes the 100 percent flowsheet and detailed engineering design, which have since been completed.

Earlier, Prospect said the DMS flow sheet for the pilot plant had been proved to offer greater technical certainty than the flotation flowsheet, which entails spodumene production.

The company said in a statement that modular equipment pre-assembly is 75 percent done, 25 percent of factory acceptance tests have been done for DMS while crushing modules and set up of power supply systems is 75 percent complete.

Additionally, Prospect said 75 percent of mining contractor mobilisation had been achieved while 50 percent earthworks and civils completed at the project site east of Harare.

The company said it was also looking at commencement of production and transportation to port logistical arrangements and attaining the first shipment of high purity petalite products.

Prospect managing director Sam Hosack said they were pleased that the development of the lithium pilot plant remained on time and on budget, with the company also on course to ship high purity petalite by the end of June this year.

“The pilot plan forms a critical part of our project development and market integration strategies and we look forward to providing key customers with high-value petalite product to complete their qualification requirements.

Arcadia represents a globally significant hard rock lithium resource and is being rapidly developed by Prospect’s team, focusing on near term production of high purity petalite and spodumene concentrates.

The Arcadia mine is one of the most advanced lithium projects globally, with a Definitive Feasibility Study, offtake partners secured and a clear pathway to production.