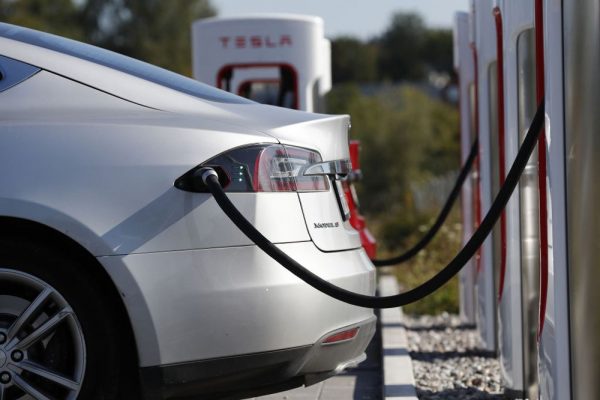 Is gold the answer to Zimbabwe currency woes?

It’s quite clear that the soft, silvery-white metal credited for playing a crucial role as a key element in electric cars and other clean tech gadgets, is currently enjoying its best “celebrity” moment. But such moments for raw minerals including lithium often come and go, leaving a trail of destruction in the mining industry and commodities markets.

Spare a thought for Zimbabwe, which reportedly has the potential to supply roughly 20 per cent of global lithium compounds, yet little effort has been made towards venturing in the making of environmentally-friendly lithium-ion batteries for electric cars and various other electronic components. Beware, just in case we could be floating in what will later turn out to be a bubble that will finally burst, and that is if fears by analysts are anything to go by.

As witnessed recently, global commodities are prone to price shocks. For example, commodity prices such as those raw minerals spiralled to historically high levels in the run-up to the Great Recession in 2008, before plummeting as the global economy collapsed. Thereafter, prices subsequently rebounded with the global economic recovery but, more recently, commodity prices appear to be hitting the skids once more.

Such booms and busts in the prices of commodity prices serve as a reminder to many countries that have for many years relied upon the extractive industry, like Zimbabwe, that there is a need to counter losses brought about by such economic eventualities by shifting towards beneficiation or adding value to their minerals.

For the most part, the country’s over-reliance on the extractive industry and its low manufacturing base, have kept the age-old “resource curse” theory, also known as the “paradox of plenty”, rearing its ugly head on export revenues. The theory of the resources curse implies that countries with an abundance of natural resources, like minerals, tend to have less economic growth, less democracy, and worse development outcomes than countries with fewer natural resources.

The ministry of mines says processing minerals before export is just one of the four key pillars of the country’s goal to create value, jobs and fast-track industrial development from its mineral resources under a five-year economic blue print, the Zimbabwe Agenda for Sustainable Socio-Economic Transformation, otherwise known as Zim Asset.

Zimbabwe is considered to hold the largest lithium deposits, including at Kamativi and Bikita mines, as well as the Zulu and Arcadia Lithium projects. The country also has some lithium deposits in Mberengwa, Mutoko and other areas around Harare. But the advent of the idea of electric vehicles being the solution to the quest for a cleaner environment has gone haywire, triggering a surge in demand for lithium-ion batteries, while prompting a global rush to ramp up the supply of lithium compounds and driving their prices higher in the process.

For example, Tesla Inc, the US-based electric car-maker, which has vowed to take a lead in the world&#39;s
transition to green and sustainable energy solutions, emerged as the pioneer and trendsetter in the lithium revolution after it launched its Tesla Roadster in 2018, the first vehicle to use lithium-ion battery cells. Since then, giant global automakers from Toyota to Nissan to BMW have followed suit, as they battle it out to secure a share of the expected future boom in the electric vehicles market.

In the middle of this whole global technological mêlée and hype, the question that lingers in the back of most Zimbabweans’ minds is, perhaps, around where the country lies, or what its role is and what it stands to gain or lose. How about setting up electric car manufacturing plants and making smartphone components? After all, Zimbabwe has since the appointment of President Emmerson Mnangagwa seen a dramatic increase in investment commitments into the mining sector, including lithium miners taking advantage of friendlier laws and rising confidence in the new government.

However, there’s a catch. Some analysts are not convinced of the idea of a win-win situation between investors and the country is guaranteed. In an interview with Mining Zimbabwe, Patrick Bond, a renowned professor of political economy at the University of Witwatersrand, Johannesburg, warned about the dangers of counting chickens before they are hatched. He highlighted especially the track record of multinational companies’ sometimes opaque operations in Africa.

“If in any case, the economy is now built upon an extremely unsound foundation—multinational corporations and local elites, neither of whom show any inclination to reinvestment—then it doesn&#39;t really matter, does it?” Professor Bond said.

“A return to a golden era of localised economic development based on large manufacturing industry is desperately needed, such as the 1980s era in which 5 percent annual GDP growth was often achieved, prior to the destruction of ESAP(Economic Structural Adjustment Programme).”

The World Bank says Zimbabwe’s mining sector has the potential to generate over $11 billion in revenues and S$10 billion in export receipts and contribute $1,7 billion to the fiscus by 2018, provided there is a conducive climate for investment. This means if efforts are made to move away from raw exports, to value-addition or manufacturing, there are chances of even much better and increased streams of revenue to ramp up government coffers, create jobs and boost tech innovations.

It remains to be seen if the new government will buck the trend, being able to rein in miners who might refuse to comply with the country’s beneficiation policy. On that score, however, the mines ministry is reportedly engaging with lithium investors on the possibility of getting into value addition, including setting up lithium battery manufacturing plants. In addition, the finance minister Patrick Chinamasa has proposed a 5 percent tax on exports of unprocessed lithium beginning January next year.

Lithium-ion batteries offer a cleaner and better alternative to conventional lead-acid car batteries which are heavier and are major pollutants, as steps to curb emissions and to reduce vehicle weight for the so- called green economy intensify. However, their use in the automotive industry is still restricted by car batteries’ problems when it comes to the ability to withstand engine-room high temperatures and the likelihood of being damaged in the event of a collision.

‘Eskom like an old car that can’t be fixed’

Electric cars and lithium-ion batteries are not without their disadvantages, and among them is their rate of self-discharge being much lower than that of other rechargeable cells. However, a report released this month by Research and Markets projects the lithium-ion battery market to cross the figure of $40 Billion by the end of 2024. It also says a lot of research and development is being done by the battery manufacturing companies to reduce the size and weight as well as cost of the batteries to enhance safety and power output.

In a 2015 report by Johannesburg-based advisory firm Eunomix Research, the Zimbabwe government’s plans to embark on a policy shift from dependence on raw materials to the export of finished products is laid bare by its authors such as economist and the managing director Claude Baissac.

According to the report, Zimbabwe was rolling out an ambitious policy to transform the mining sector. This policy entailed the adoption of beneficiation, a strategy which saw it gain broad support in regional initiatives like the African Union’s African Mining Vision (AMV). At some point, the government went as far as taking bold steps to minimise the export of raw chrome by slapping a ban on it, just to make its intentions to encourage manufacturing clear, although the policy was later scrapped in favour of cordial negotiations with miners, amid fears investors will rush for the exits.

“The government has formulated a coherent and rational beneficiation policy that takes into account several mitigating factors and produces concrete initiatives to address some of those constraints,” according to Eunomix.

“However, at the end of the day, Zimbabwe is a small country that must rely on external sources of investment and expertise and must export to the global market. This is a constraint that it cannot escape. The policies it develops must, therefore, be sufficiently pragmatic to allow economic operators to derive reasonable returns.”

Several findings by global development bodies suggest countries such as Zimbabwe stand to gain more from beneficiation and industrialisation through terms of trade, than exporting raw materials. A new World Bank study, titled The Changing Wealth of Nations 2018, outlines how the rampant looting of minerals and other natural resources by big corporates has impoverished, rather than benefit Africa, while in February, the Organisation for Economic Co-operation and Development (OECD) published a damning report stating that Africa loses an average of $50 billion every year through illicit trade.

In his 2018 budget statement, the Finance Minister Patrick Chinamasa lamented the fact that lithium was being carted away to foreign destinations with minimal value addition, depriving the country of forex earnings and job creation opportunities. As a measure to curb the export of unprocessed lithium ore, he proposed to impose an export tax of 5 per cent on the gross value of the exported metal.

Most of all, Zimbabwe needs to do more to demonstrate it really is serious about ensuring that it reaps more revenue and other benefits from its lithium wealth, by generally being candid to potential investors that their policy in the sector goes beyond the mantra of “Zimbabwe is open for business.” As it stands, it doesn’t appear the new government, perhaps out of desperation for investment, is more vocal and will stamp enough authority to see through its side of the beneficiation bargain with prospective investors in the lithium sector, but it must.