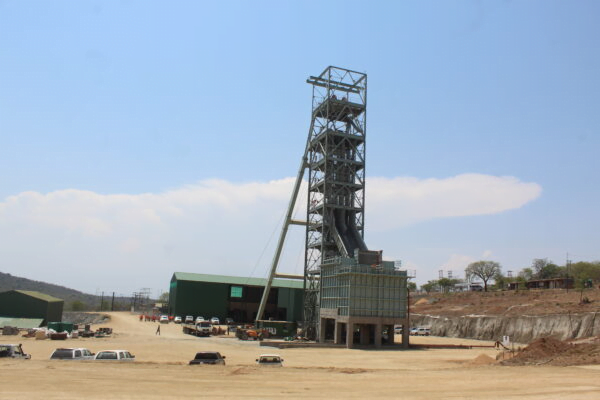 GROSS revenues at the Victoria Falls Stock Exchange (VFEX)-listed Caledonia Mining Corporation increased by 37% to US$35,1 million in the first quarter of this year, reflecting a major increase in gold production and prices, the firm said yesterday.

In the same period last year, gross revenue stood at US$25,7 million.

In its results for the quarter ended  March 31, 2022, Caledonia, which is also listed on the New York Stock Exchange and London Stock Exchange, said the high revenue reflected a 40% increase in production and a 6% increase in the realised gold price.

The company, which operates Blanket Mine in Gwanda, said 18 515 ounces of gold were produced in the period under review, up 38% compared to the previous period.

The 40% increase in production was due to higher tonnage milled, improved grade and better metallurgical recoveries.

Earnings before interest, taxes, depreciation and amortisation stood at US$14,6 million in the review quarter from US$9,7 million achieved last year.

Commenting on the results, Caledonia chief executive officer Steve Curtis said the first quarter of 2022 was an “excellent start”.

“Gold production in the quarter represents a new production record for any first quarter. Production in April showed a further improvement; production of almost 6 800 ounces in the month reflects an annualised production rate that is marginally above the top end of our guidance range for 2022 of 73 000 to 80 000 ounces of gold,” he said.

He said production in the quarter excluded approximately 1 500 ounces of recoverable gold contained in an ore stockpile which accumulated during the quarter as “we await the commissioning of an additional mill later in the year”.

“Operating costs were well controlled. The on-mine cost per ounce fell by 16% compared to the first quarter of 2021. The reduction was because of higher production, which means that fixed costs are spread over more production ounces; costs were also helped by reduced diesel consumption following the installation of equipment in late 2021 which allows us to manage the poor-quality grid power,” he said.

Following Caledonia’s successful secondary listing on the VFEX in late 2021, Curtis said the firm had increased the proportion of revenues received in United States dollars.

“This, in conjunction with other arrangements, means that we are not accumulating excessive local currency balances. We have a strong, long-term working relationship with the Reserve Bank of Zimbabwe and Fidelity Printers and Refiners and we are delighted that the payment process for gold deliveries and the regulations that manage the flow of funds from Zimbabwe continue to operate smoothly,” he said.

Curtis said Caledonia remained confident in achieving production guidance for 2022 of 73 000 to 80 000 ounces.

“Caledonia’s immediate strategic focus is to convert the commissioning of the Central Shaft project into higher production, lower costs and increased cash generation. We have made an excellent start in each of these objectives,” he said, referring to the new shaft, which was commissioned last year.

He said the firm would continue to evaluate further investment opportunities in the gold sector in the country, with the long-term vision of becoming a mid-tier, multi-asset gold producer.

The Caledonia chief said its 12 megawatt solar project was now in the final phase of construction and would be operational within the next few months.