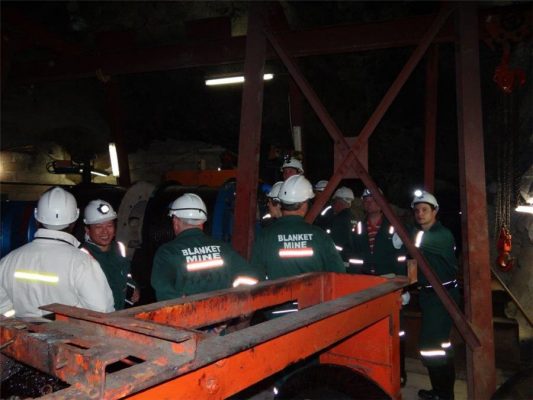 Coal still a lifeline for SA as transition begins

On December 11 and 17, 2020, Caledonia announced it had acquired an option over the Glen
Hume property and Connemara North respectively.

While exploration at Connemara North will continue, the mining concern will no longer continue with Glen Hume as it does not meet the company’s strategic requirements in terms of size, grade and width, but will consider further investment opportunities in Zimbabwe.

Caledonia chief executive officer Steve Curtis said this had a knock on effect on the company’s net profit.

“Net profit was adversely affected by the impairment of the Glen Hume exploration asset following the board’s decision not to proceed further with this project because the property does not meet Caledonia’s strategic requirements in terms of size, grade and width,” he said commenting on performance for the second quarter to June 30, 3021.

During the quarter gross revenues rose 31 percent to US$30 million from US$22.9 million achieved in the second quarter of 2020. Gross profit was US$13,9 million, a 51 per cent increase on the $9,2 million in Q2 2020. Earnings before interest, tax, depreciation and amortisation (EBITDA) — excluding asset impairments, net foreign exchange gains and losses and export incentives — doubled to US$14,0 million. On-mine cost of $715 per ounce was achieved from US$811 per ounce in the prior year comparable quarter. According to the group, all-in sustaining cost (“AISC”)1 excluding export incentives of US$933 per ounce was recorded, a decline from the US$1,075 per ounce achieved in the comparable period.

Adjusted earnings per share (EPS) came in at US62,6 cents from US36,8 cents. Net cash from operating activities surged 216 percent to US$12,7 million while net cash and cash equivalents rose 43 percent to US$16,7 million.

Over 165,000 tonnes of ore were mined and milled in the quarter, which is a new production record for any quarter and reflects the contribution of the Central Shaft, which was commissioned at the end of March 2021 and the build-up towards the target of 80,000
ounces per annum from 2022 onwards.

In July, production was 5,995 ounces, which is a further increase in average monthly production and demonstrates that Blanket is on-track to achieve its production guidance of 61,000 — 67,000 ounces for 2021.

“This has been a strong Quarter and these results have left us well placed to achieve our guidance of between 61,000 — 67,000 ounces for the year.

‘‘Our immediate strategic focus continues to be to increase production to 80,000 ounces in 2022, while undertaking further exploration and development with the objective of extending the life of mine beyond 2034 thereby safeguarding and enhancing Blanket’s longterm future. Caledonia will also evaluate further investment opportunities in Zimbabwe and elsewhere.

“Excellent production was achieved without compromising on safety. During the quarter Blanket passed the milestone of achieving two million fatality-free shifts,” said Curtis.

Meanwhile, its solar project, which is expected to provide approximately 27 per cent of Blanket’s average daily electricity usage is now in the procurement phase and project completion is expected in April 2022.