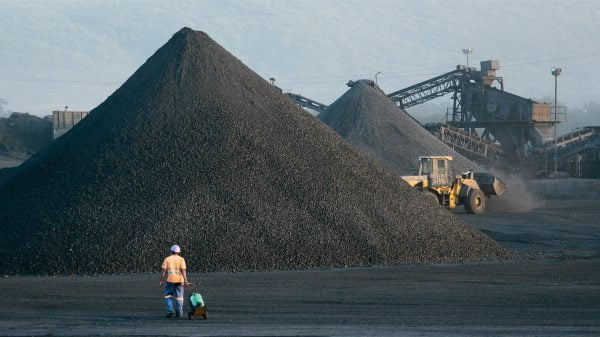 While the global focus on environmental, social and governance (ESG) issues looks to phase out coal as an energy resource, the prospects for South African coal production remain strong for coming decades.

Following the 3rd Coal Industry Day, held online in July, SRK Consulting principal coal geologist Lesley Jeffrey said coal remains a key contributor to the country’s economy – both in terms of energy production and mineral export revenues. Coal was only recently overtaken by platinum group metals as the country’s leading commodity by sales, but it remains the most significant component of the country’s mining in terms of value added – accounting for 25%.

“Strong international coal prices of around $130 per tonne have raised the attractiveness of exports, with most of South Africa’s export coal going to Pakistan,” said Jeffrey. “China is also opening up opportunities for imports from SA following its trade wrangling with Australia, previously an important coal source for them.”

Although there has been less coal demand from India due to a surge in local production there, South African coal still remains better suited to India’s production of sponge iron, she noted. This suggests that the recent dip in exports to that country may only be temporary; the added advantage is that this market takes relatively low-grade product from South Africa. Coal Industry Day presenter Xavier Prévost confirmed that coal remained the largest single source of power generation globally. Prévost also said the coal sector expected a strong recovery in 2021 – a reminder of coal’s central role in fuelling some of the world’s largest economies.

Jeffrey highlighted that coal-fired power stations are still being built on a large scale in developing regions like south-east Asia – as this provides an affordable route to powering broader economic development. While South Africa has mined out much of its traditional export quality coal, there remained a long horizon of demand abroad for our lower grade coal.

“Unreliable rail services to the Richards Bay Coal Terminal continue to constrain SA’s coal exports, and this has been exacerbated by a recent hacking event and the spate of looting in parts of the country,” she said. The export market was vital to sustain, she emphasised, as it created the economic balance that keeps coal producers profitable while they continue to supply Eskom at low margins. Without the higher-value exports, local electricity prices would likely have to rise even faster to meet the full cost of mining.

Looking further ahead, there was a level of consensus among Coal Industry Day speakers that South Africa could still expect another 20 to 30 years of reliance on coal.

“Between now and 2050, we have few options apart from coal for most of our energy generation,” she said. “Of course, there will have to be a change toward less carbon-intensive energy sources – and it is constructive that work has been initiated on charting a just transition towards renewables.”

The coal industry’s employment of about 90,000 workers– nearly a fifth of mining’s head-count – means that as many as half a million people are directly reliant on coal mining. These are among those who will be affected as the country moves toward a lower-carbon future, said Jeffrey. Eskom has recently completed comprehensive social impact studies for its Komati, Hendrina, Grootvlei and Camden power stations to assess the local impact of closure. Closing these plants could have devastating effects on direct and indirect employment in these areas.

“While power stations like Komati are relatively small, it is a good place to start,” she said. “It is vitally important that practical ways are found to transition away from coal while not leaving communities stranded.”

The challenge, she pointed out, was that the pace of South Africa’s transition was going to be slower than the climate change deadlines being pursued by developed countries. It was to be expected that developing countries will be looking for more time to make the necessary changes in line with global commitments.

Lesley has over 35 years’ experience in coal geology. She specialises in all aspects of geology related to coal; this ranges from exploration and greenfield studies to the initiation of mining and has been involved in the design, implementation and management of coal exploration programmes, the geological assessment of coal deposits, computer modelling of tabular ore bodies, particularly coal, coal quality assessments and coal resource/reserve estimation. Lesley has carried out coal feasibility and due diligence studies and compiled Competent Person Reports; she has undertaken coal model and resource estimation audits, as well as geological assessments. She is a registered professional natural scientist with SACNASP and recognised as a Competent Person (coal). She is a Fellow of the GSSA and served on the editing committee for the second edition of SANS10320, the South African guide to the systematic evaluation of coal exploration results, coal resources and coal reserves.

SRK is an independent, global network of over 45 consulting practices on six continents. Its experienced engineers and scientists work with clients in multi-disciplinary teams to deliver integrated, sustainable technical solutions across a range of sectors – mining, water, environment, infrastructure and energy. For more information, visit www.srk.co.za