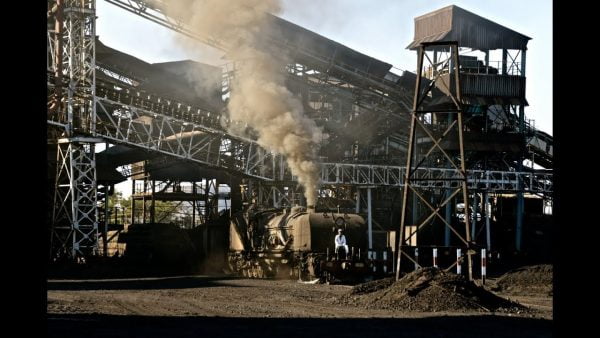 Zimbabweans: Surrounded By Mineral Riches, But Living In Poverty

HWANGE Colliery Company Limited (HCCL) is working towards implementing a lasting solution to the Deka River pollution which has haunted it for decades.

The company has been cited as one of the major polluters of Deka River alongside Zimbabwe Power Company (ZPC). The companies are accused of discharging acid mine drainage from old underground mining activities.

Underground mining results in collapse of the overlying rock strata and when mining terminates, the voids in the fractured rock fill with water and decanting occurs from the lowest opening. The water is acidic as a result of its reaction with pyrite in unmined coal and
in the host rocks.

Acid mine drainage is one of the mining’s most serious threats to water. A mine draining acid can devastate rivers, streams, and aquatic life.

Responding to queries on what the company was doing to address the problem during a stakeholders meeting organised by Zanu-PF Hwange District Coordinating Committee last week, HCCL Safety, Health and Environmental Quality manager Mr Butholezwe Dube said the company was working on finding a permanent solution to the Deka pollution.

“Our challenge with coal is acid mine drainage where the No. 1 Old Ground Mine accumulated water over time resulting in some of it escaping through old exploration boreholes. We have among other interventions come up with a wetland system where we grow plants that absorb the chemicals.

We are also using a neutralisation system of adding lime to reduce the acidity of the water. We accept blame in that we are discharging effluent, we are doing our best to treat the water and have managed to plug the old exploration boreholes save for one problematic one near Zinwa which we are working on addressing.

We are currently exploring a technology of converting this water into drinkable, it is doable but expensive. Countries such as South Africa are doing that to manage the issue and this will help bring a permanent solution to the constant pollution,” said Mr Dube.

He said since their activities had compromised the quality of water for both human and livestock, the coal miner was drilling and rehabilitating boreholes with three having been done in some of the affected areas.

“We have drilled and handed over a borehole while three more will be ready for commissioning before September.”

Environmental Management Agency district environment officer, Mr Nothani Ndlovu said a permanent solution was needed to address the Deka pollution as fining or prosecuting offenders was not enough to deal with the problem.

“The pollution is a concern to us. We have been having that issue over a period of 20 years.

We have direct and indirect sources of effluent but our biggest problem is AMD which are toxic and have a negative impact on the environment. Yes, there have been interventions put in place but there is a major parameter which remains even after treatment such as manganese whose levels are too high downstream. We have issued tickets and orders but we expect them to come up with plan,” he said.

The companies were given up to 14 August to address the raised concerns.