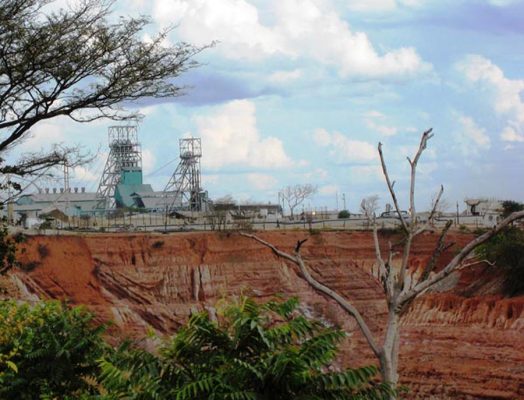 Glencore makes U-turn to back artisanal mining of cobalt

Democratic Republic of Congo on Saturday gave mining companies an indefinite waiver to an export ban on cobalt hydroxide and carbonate, as well as tin, tungsten, and tantalum concentrates after meeting the country’s biggest miners in Kinshasa.

The mines ministry also announced an export ban waiver on copper concentrate, but said the duration of that waiver was still to be determined, with companies expected to submit proposals a week from now.

Congo, the world’s leading producer of cobalt and Africa’s biggest copper producer, banned exports of copper and cobalt concentrates in 2013 to encourage miners to process and refine the ore in the country.

But insufficient smelting capacity has driven it to repeatedly issue waivers, the most recent of which was set to expire on Saturday.

“After a long debate, the mines minister Professor Willy Kitobo Samsoni, decided … to grant an indefinite waiver for cobalt hydroxides and carbonates, the tin concentrates of Alphamin, and concentrates of 3Ts [tin, tungsten, and tantalum],” the ministry said in a statement.

Alphamin, which runs a tin mine in Congo’s North Kivu province, did not immediately reply to a request for comment.

The decision will come as a relief to cobalt, copper, and tin mining companies in Congo as well as smelters and refiners in Zambia, which process copper from Congo, and in China, where much of Congo’s cobalt is processed.

But even at full capacity, LCS cannot process all Congo’s copper. Congo produced 765,000 tonnes of copper concentrate in the first half of the year alone, the central bank said, up 13.4% year-on-year.

Miners whose copper concentrate is incompatible with LCS must “rapidly” develop their own smelting capacity on-site, the ministry statement said, adding all copper miners at the meeting accepted the importance of on-site processing.

Congo produced 38,816 tonnes of cobalt in the first half of 2020, up 6% year-on-year according to the central bank. Production of “3Ts” concentrates – tin ore cassiterite, tungsten ore wolframite, and tantalum ore coltan – plunged, however.

Glencore, the biggest industrial cobalt miner in Congo, declined to comment on the decision_Reuters