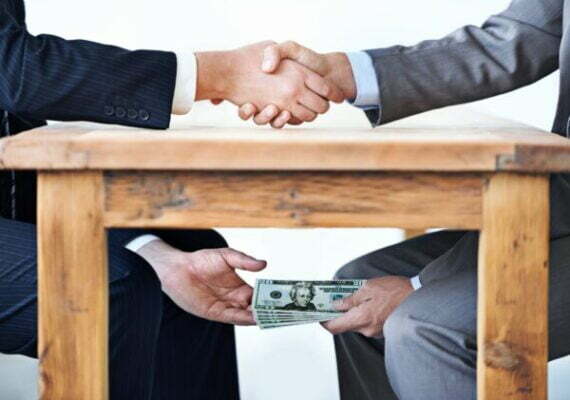 ZIMBABWE’s mining sector is in total turmoil, with corruption continuing rearing its ugly head, threatening one of the country’s foreign currency earners.

The sector, which generates over 60% of Zimbabwe’s export earnings and accounting for between 12% and 16% of the GDP as of October 2018, is marred by endemic corruption involving government officials.

Just recently, Zimbabwe Morning Post unearthed serious corruption cases involving officials in the Ministry of Mines and Mining Development who are allegedly causing man-made disputes in mining towns occurring around the country due to deliberate double allocation of registration certificates.

An investigation carried by the online publication shows that Provincial Mining Directors (PMDs), though armed with full knowledge on the ownership of mine claims in the country, deliberately re-allocate mine claim certificates to their loyal syndicates who either give them cash upfront or a percentage of the loot.

The publication also reported that small scale miners in Midlands Province were accusing the Midlands PMD Nelson Munyanduri and the national office of operating a well-orchestrated conspiracy of deceit, fraud, misrepresentations, chicanery, and double-dealing after he double allocated a mining certificate on disputed land.

All these corruption cases are costing the country billions of dollars as they lead to loss of business confidence and sparking capital flight.

Zimbabwe Miners Federation spokesperson Dosman Mangisi, whose organisation represents all small scale miners in the country, said corruption was rife in the mining sector including all sub-sectors and stakeholders.

“Miners are complaining every day about the Ministry of Mines and Mining Development, Environmental Management Agency, CID Minerals that things are not well. Corruption affects production, development as well as accountability,” he said.

Small scale miners account for more than 60% of the gold delivered to the Fidelity Printers and Refiners—the country’s sole gold buyer.

Mines Parliamentary Portfolio Committee chairman Honourable Edmond Mkaratigwa said the committee was deeply concerned about the scourge and expected the Mines and Minerals Amendment Bill to be finalised to solve it.

“We had set targets for the Bill to have been with Parliament by 30 October 2019. However, the Attorney General’s Office has been our major let down. They are saying they have few legal drafters but when we agreed on those targets they still had few legal drafters hence I do not understand what else changed in terms of conditions that prevailed at that stage and today,” he said.

“As a result, we are casting aspersions on the sincerity of the AG’s office and that pretty much is tantamount to sabotaging progress of the process. The corruption chain is long and its roots sparse. We have scheduled another review meeting so that we re-set our dashboard as a Committee.”

Mkaratigwa said the committee has been treating these offices “with kid gloves and it’s time up we have lost our patience.”

“Yes, COVID-19 hindered the process but our wheels were already off-rail. The Substantive Committee established an ad-hoc steering committee to work on the Bills under the supervision of Hon. (Davison) Svuure, and we are extremely upset with the outcome,” he said.

“We cannot continue to postpone sustainable solutions and fail to harness corruption in the sector.”

Mkaratigwa said arrests have been going on and the committee has decided to collaborate in setting mechanisms against corruption with the Zimbabwe Anti-Corruption Commission (ZACC) as they already have names of some officials from the Ministry being pointed in these nefarious acts whose evidence is already at their desk.

“As a committee, we are seized with similar complains,  among them allegations of Ministry officials that have been given US$400 cash to prioritize their people and some have given their friends and cartels offer letters backdated in order to reverse earlier offer letters against honest applicants,” Mkaratigwa said.

“The committee does not condone or tolerate corruption of either nature and we are seriously making strides towards working with ZACC,” he said.

Layman Mlambo, chairman of the Institute of Mining Research at the University of Zimbabwe, said he had read of cases in newspapers about corruption in Masvingo, Mashonaland Central, and now in Midlands.

“…these are cases which got to litigation stages and I haven’t heard any such case of corruption that was finalized and a Ministry official convicted,” he said.

He said procedures for allocation of licenses at every stage in the mining life cycle (exploration to mineral processing) were clearly laid down in the law and it is assumed the one granted the right meets the requirements as stipulated by law.

Ideally, there are not supposed to be double allocations or claim encroachments or overlaps, he said.

“However, these problems do happen in practice in Zimbabwe because of lack of computerized claim titles (physical beacons on the ground can be moved);  the maps at the Ministry (Head Office or Provincial Mining Directors’ Offices) are worn out and no longer showing positions clearly,” Mlambo said.

Mlambo also said there is a lack of maintenance of title (ensuring inspection when due through payment, development work, trenching, production, capital expenditure,  geological research work, metallurgical work, diamond drill holes, survey) which leads to forfeiture of titles which should be published.

“..what may happen is that by error these forfeitures may not be published and the claims proceed to be allocated to other applicants – the earlier owner may want to claim their titles by paying inspection fees in retrospect, which causes clashes,” he said.

“The same may happen with forfeitures emanating from voluntary abandonments- which are easier to resolve; there is also the problem of speculative holding of claims and large EPOs which have crowded out small-scale miners and that has resulted in conflicts; in all these administrative duties of the Ministry, errors cannot be ruled out especially when things are not computerized. All these things aren’t corruption.”

However, Mlambo said the above was not to say that corruption is not possible. He said Ministry officials could possibly be given or ask for bribes during physical mine inspections so they overlook certain shortcomings for applicants to jump the waiting lists; to be allocated claims that are already occupied; to repossess claims which were forfeited and reallocated to others; to win assets on sale by the unfair disqualification of others, etc.

All these things could be happening and affecting small scale miners, he said.

Under the US$12 billion mining roadmap, gold is expected to contribute US$4 billion, platinum US$3 billion while chrome, iron, steel diamonds, and coal will contribute US$1 billion.

But with this endemic corruption in the mining sector, the vision will hardly be achieved. Government and Mines and Mining Development Ministry have since been mum on the corruption allegations.