Diamond Mining in Zimbabwe is mainly conducted in the East of the country which is home to one of the world’s richest diamond deposits.

Diamond is a gemstone of enormous potential in Zimbabwe. 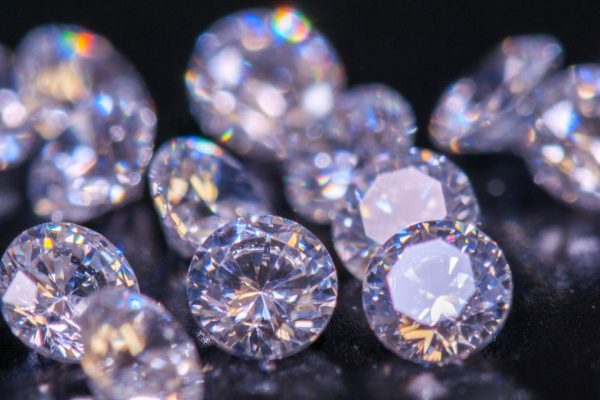 Globally economic kimberlites are commonly found in ancient cratons such as the Kaapvaal, the Siberia and the Congo cratons. With similar geology to these areas, the well-exposed Zimbabwe craton presents vast opportunities for kimberlitic diamond discoveries. The recent discovery of significant placer diamond deposits at Chiadzwa points to significant potential in ancient basins on the edges of the craton. If the deposits are mined extensively, it is believed that Zimbabwe has the potential of being a major player in global diamond production. Zimbabwe is known to host several kimberlites whose economic and commercial viability is yet to be ascertained.

The weathered diamondiferous material was transported by fluvial processes and deposited in the shallow basin in Chiadzwa, Zimbabwe in the Umkondo sedimentary formation aged about 1 billion years old. The diamonds in Chiadzwa were carried from the primary source and deposited in the basal conglomerate rock which is a secondary source /environment.

Subsequent weathering and erosion of the conglomerate rock further liberated the diamonds into a tertiary source where they occur in their natural state on slopes, paleochannels, low lying areas, streams and rivers. These diamonds in the tertiary environment are generally called alluvial diamonds.

Zimbabwe Consolidated Diamond Company is a Private Limited Company wholly owned by Defold Mine (Pvt) Ltd which has 100% shareholding. The Company has diamond mining operations in Manicaland in Mutare’s Chiadzwa area and in Chimanimani.

The Company is conducting diamond exploration and resource evaluation programs across Zimbabwe and expects to open new mines in other parts of the country soon.

ZCDC was issued with Special Grants 6026 and 6460 which vests mineral rights to carry out mining operations for diamonds in Chiadzwa and Chimanimani respectively.

The Government’s objective was to ensure that there would be transparency, accountability and optimal commercial exploitation and marketing of diamonds in Zimbabwe.

ZCDC was listed in the top ten operating mines in Zimbabwe in 2018 and 2019 by Mining Zimbabwe.

RZM Murowa Mine is a 24-hour open pit diamond mining operation. Production began in 2004. Its current name-plate capacity is around 1.2 million carats per annum of predominantly white, gem-quality diamonds. The mine produces reasonable quantities of large ‘special’ stones.

In 2015, RioZim led a strategic overhaul exercise for the Company which resulted in a radical change in its business by steering it to a new life of mine plan, a new approach to mining and a massive brownfield expansion of the plant code-named ‘Project Sunrise’. After having more than tripled its capacity in 2016, RZM Murowa today is a global top 10 diamond mine enabling it to become one of the biggest exporters and foreign currency generators for Zimbabwe.

RZM Murowa is “more than diamonds” as it’s making a significant impact in the country that goes way beyond producing diamonds. Murowa is firmly committed to building a sustainable legacy that will improve the economy and lives of its communities, region and the country. This is achieved through royalty, tax contributions, initiatives and robust sustainable development projects. Its successes to date lie in the highly skilled workforce and shareholder support in ensuring that the company continues on its journey into the future.

In 2019 it legally changed its name from Murowa Diamonds to RZM Murowa reflective of the new strategic direction the business has undertaken.

RZM Murowa is a member of the Natural Diamond Council where it adds its voice to the important diamond industry discussions and sustainable practices.

ALROSA Zimbabwe Limited (Alrosa Zim) is jointly owned by the State-owned diamond mining firm Zimbabwe Consolidated Diamond Company (ZCDC) and the world’s largest diamond producer, Alrosa, which is headquartered in Russia. The company intends to increase the number of its diamond concessions in the country to 40 from the existing 25.

The company is jointly owned by the State-owned diamond mining firm Zimbabwe Consolidated Diamond Company (ZCDC) and the world’s largest diamond producer, Alrosa, which is headquartered in Russia.

In 2020, Alrosa Zim announced that it had begun preliminary exploration work for commercially viable primary diamond deposits in Zimbabwe.

Anjin Investments is a joint venture between Anhui Foreign Economic Construction Group (AFFEC) and Matt Bronze, a subsidiary of Zimbabwe Defense Industries which is wholly owned by the Zimbabwe National Army.

Anjin was, in 2016, forced out of Marange by former President Robert Mugabe. Mugabe accused diamond miners of participating in the massive looting of diamonds estimated at USD15 billion. The company was also named by President Emmerson Mnangagwa in February 2018 as having externalized foreign currency.

Diamond mining in Zimbabwe is a vital revenue earner for the country and is currently on the right path to attain President Mnangagwa’s vision of it earningUS$1 billion by 2023.