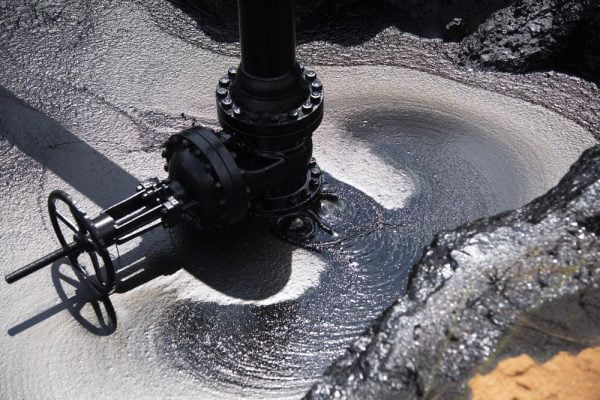 With Russia-Ukraine conflict raging on, European countries have set eyes on Africa as an alternative supplier of gas and oil, with observers suggesting this could provide an opportunity for Zimbabwe to tap into the multi-billion sector.

The EU heavily depends on energy from Russia, the largest supplier to the bloc.

Russia, which holds the largest gas reserves in the world produces about 17 percent of global natural gas and supplies about 30 – 40 percent of the gas to Europe.

With countries such as Zimbabwe registering gas and oil discoveries, analysts say time could be ripe for the exploration and production to be sped up. Economists and energy experts believe such global changes are usually rare to come by.

In the latest research developments, EU members are now rapidly moving in the African direction, ultimately aiming at cutting the dependency due to sharp political and economic differences that have emerged connected to the Russia – Ukraine war.

Generally, EU is closely coordinating with Algeria, Angola, Equatorial Guinea, Egypt, Nigeria and Mozambique and analysts say its time Zimbabwe also presents itself as a new kid in the lucrative oil and gas sector.

Local economist, Mr Tinevimbo Shava said; “The country needs to realise that such a tectonic shift in global markets happen maybe once in a decade or two and in order to benefit the country needs to get pre-production agreements in place to secure markets.”

Mobil, in the late 1980s, got the ball rolling with a seismic shoot in Muzarabani and the US company did not go ahead to test the licence in the Cabora Bassa Basin, leaving its underground information neglected. However, Invictus plans to tackle this oversight, potentially transforming Zimbabwe as new markets are presenting themselves.

“The rig is mobilising in May and should arrive in Zimbabwe around mid-June, it depends on transit from Songo Songo in Tanzania,” Invictus managing director, Mr Scott Macmillan, explained recently. Following some initial maintenance, drilling should begin in July.

The Muzarabani structure – now known as Mukuyu, after the fig tree – may hold more than 8 trillion cubic feet (227 billion cubic metres) of gas. In addition, it may have another 290 million barrels of condensate.

“With our close proximity to Beira, we could leverage on that and put forward our name in order to cash in on the deals that are currently being signed by our neighbours. Muzarabani is also close to Mozambique, making it cheap to construct a pipeline from there to connect with Mozambican ports for exports,” Shava added.

Statistics show that last year, Algeria and Nigeria were the only two African suppliers of gas to the European Union, accounting for 17 and 4 percent of the EU’s natural gas imports, respectively. The other major players in the region are Egypt, Libya, Equatorial Guinea and Angola.

While countries in sub-Saharan Africa have gas reserves, they have not had the interest from abroad and investment needed for the industry to open up access to Europe, according to Al Jazeera.

Three pipelines currently bring natural gas from Africa to Europe; the Transmed, which allows the export from Algeria to Italy (via Tunisia), the Medgaz, which connects Algeria to Spain under the sea, as well as the Greenstream, more modest in capacity, which connects Libya to Sicily according to media reports.

Energy expert, Lennon Magwadza said; “The country definitely has gas, that has never been in doubt. We have evidence of it from the Exxon Mobil research. It is the oil component that we are doubting is viable but as of gas it is given and we need to cash on the opportunity that has arisen.”

In April, many foreign firms with high exploring ambitions turned to Africa. Angola and Italy have already signed a declaration of intent to develop new natural gas ventures and to increase exports to Italy, according to a statement from the Italian Foreign Ministry.

“We have reached another important agreement with Angola to increase gas supplies. Italy’s commitment to differentiate energy supply sources is confirmed,” Foreign Minister Luigi Di Maio said in a statement posted on his social media pages soon after the end of a two-and-half-hour long visit to Luanda.

Di Maio also wrote that the Italian Prime Minister, Mario Draghi, wanted to add Angola and the Congo Republic to a portfolio of suppliers to substitute Russia, which provides about 45 percent of Italian gas.

The deal was described as “an important agreement that gives impetus to the partnership between Italy and Angola in the fields of renewables, biofuels, LNG and training in  technology and environment.”

The foray follows the signing of agreements with Algeria and Egypt in recent weeks. Algeria is currently Italy’s second-largest supplier, providing around 30 percent of its consumption.