LISTED mining group, Falcon Gold (Falgold), says it is considering options for an additional $2,5 million to recapitalise its operations.

“As has been reported over the years, there have been no major positive improvements to the operational macro-environment, with the tax regime remaining unfavourable . . . the unstable power supply situation remains a major threat to the operational viability of the mines.

“Management is exploring options for an additional $2,5 million of funding to enable repair of the mill (at Golden Quarry Mine) and resuscitation of mining operations, but have not finalised the funding source or structure,” said Falgold. The mining group also owns Camperdown and Wanderer mines.

Falgold said subsequent to fiscal year end 2018, there was a catastrophic engineering failure of the main operating mill at Golden Quarry which adversely affected production and cashflows.

“Management has undertaken a full impact assessment and is evaluating various options to deal with the situation including either repair, refurbish or outright replacement of the mill. Notwithstanding the mill failure, to date the funding required to execute the 2019 financial budget has not been provided and discussions with the company’s parent company are ongoing.”

During the period under review, Falgold generated revenues from two sources namely, the mill at Golden Quarry and the sand processing plant at Wanderer Mine, which resulted in  it ceasing gold production. 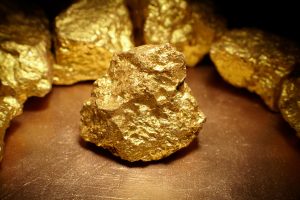