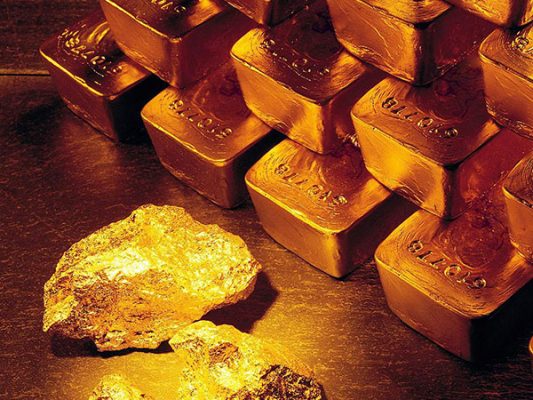 Gold futures fell from a four-week high as a promising study for an experimental coronavirus vaccine curbed demand for the metal as a haven.

Moderna Inc. said its vaccine tests yielded signs it can create an immune-system response in the body. The news boosted US stocks to the highest since early March, while the dollar and treasuries fell. Bullion had gained as much as 1,1 percentage earlier after Federal Reserve Chairman Jerome Powell warned in comments aired Sunday that the US economic recovery could stretch through until the end of next year and depend on the delivery of a vaccine.

“Gold prices shed some gains, reflecting some reversal of safe-haven flows amid hopes of a vaccine,” Daniel Ghali, a TD Securities analyst, said in an emailed message. Inasmuch as a vaccine is an ultimate remedy for the economic problems that lie ahead, it would negate the need for a prolonged period in which the Fed and other central banks would provide unprecedented amounts of stimulus.”

Dismal economic data and fears over new infections have driven recent gains in gold, even as investors are encouraged by businesses reopening across major economies.

That’s fuelled bets that bullion could reach an all-time high as massive stimulus measures push holdings in bullion-backed exchange-traded funds to a record. Gains have also been driven by US-China tensions and speculation over the possibility of negative US interest rates.