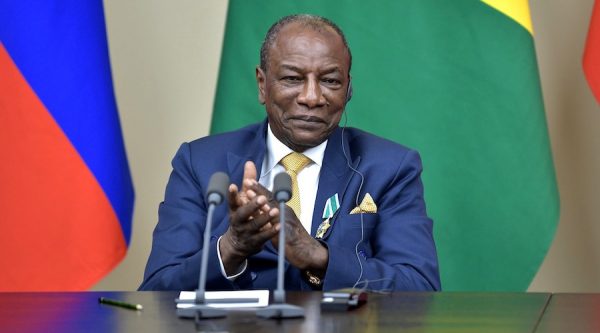 The office of Guinean President Alpha Conde is assuming oversight of the West African nation’s state-owned mining company in a move that will hand him more authority over the country’s holdings in some of the world’s biggest bauxite deposits.

The Presidency will take command of Societe Guinneenne du Patrimoine Minier, known by its French acronym Soguipami, from the mines ministry, according to a decree read Friday on state broadcaster Radio Television Guineene. Soguipami holds a 49 percent stake in Compagnie des Bauxites de Guinee and 10 percent of Societe Miniere de Boke, according a summary of the company’s holdings published on its website.

These five trends are playing out in the diamond industry

Conde’s move to exert more control over Guinea’s mining holdings comes after the nation overtook Australia as the largest supplier of bauxite to China, accounting for almost half of the Asian nation’s imports of the aluminum-making ingredient in 2018. Conde is due to step down in 2020 after two five-year terms, but his refusal to address any questions about his succession has fueled speculation he may try to extend his mandate._Bloomberg News