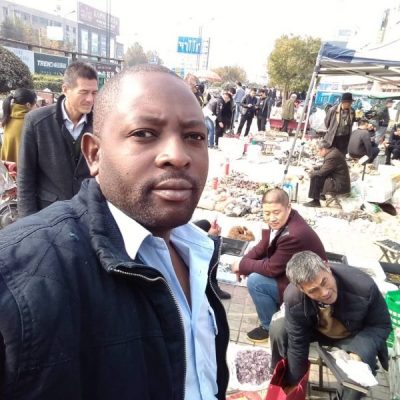 Norton Miners Association Chairperson Privelage Moyo has castigated the stance by the Police Commission General (CG) to ban all Artisanal and Small scale mining activities that are yet to receive licenses from the Ministry of Mines and Mining Development as an uninformed statement which is maybe motivated by emotions risen after a police officer who was killed by machete gangs.

Following the death of the police officer who was killed in Kadoma by machete-wielding criminals, the Police have said that they are going to ban illegal mining activities around the country.

According to Moyo the Commissioner-General of Police was not supposed to order the ban of unlicensed mining activities since some of these people are contributing immensely to the national fiscus.

Moyo also said that the machete attacks do not only happen to undocumented mines but happens to anyone who is in the small scale and artisanal mining sector so for the police to try and ban those without mining documents because of the machete gangs is an unreasonable position.

The Norton Miners Association chairperson said that the machete gangs are not miners but thieves who mainly rob small scale and artisanal miners, according to Moyo the solution is to contain all machete gangs not to ban mining activities.

“He represents law enforcement and as such he should not act this way nor utter reckless statements because a police officer is down.

” We had been crying for his action years before, for him to act when miners were being killed in the pits.

” These machete gangs do not ask for mine documents when attacking, that show that the commissioner general is out of touch with reality.

“Machete attacks are not motivated by unregistered miners but by powerful people as Hon Mliswa alluded.

” The CG totally shows that he is out of touch, in August when we held a meeting at liquid bar, the representative from the office of the President shared his views as an advise that inaction by the police will lead to the gangs searching and asking civilians for passports in or out of Norton.

“The CG should just follow the law than to call for banning of something which he is either not sure of or out of touch with, that’s why we always advocate for Synergises within ministries.

Now he is acting as the machete issue is new when the ministry of mines is fully aware of the loss of innocent miners. What he doesn’t understand is Machete gangs are not miners but thieves.

” If we look it his statement another way round, let’s ask if car robberies increases are the Police going to ban the use of motor vehicles, or if housebreaking increases, is he going to ask for only title deeds holders and call for demolish of those without. Sometimes I wonder at the level of our actions by our leaders.

ASM are eager to have their operations regularised but the Ministry of Mines need also to put their house in order as it is taking more than 2 years to have applications processed. Last year the ministry was dealing with a whole lot of backlog applications ranging from 2017 of which most applications before never got an action.

“The simplest thing is to deal with the Machete gangs and make citizens enjoy their peace,” said Moyo.

Small scale and artisanal miners have contributed significantly to mineral production especially in the gold sector where ASM accounts for over 60 percent of the gold delivered to Fidelity Printers and Refineries.