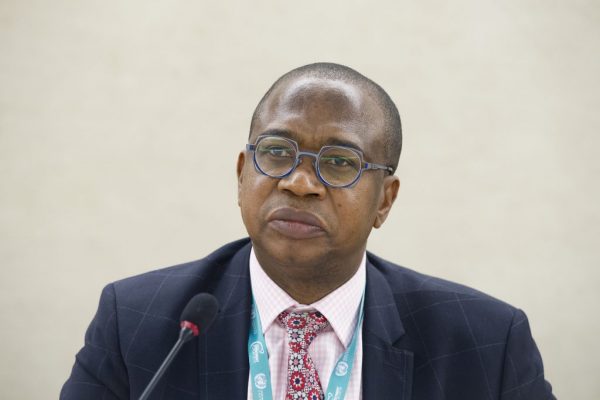 WHILE deliberations continue over joining an international group formed to reduce corruption in mining countries, Zimbabwe continues to lose billions of dollars from the smuggling of extracted resources, including gold, diamonds, oil and gas.

Ncube, in 2019 while presenting the national budget, announced the country’s intention to join EITI by mid-2020, but to date, nothing has materialised.

EITI is a transparency initiative meant to govern member States to handle their mineral wealth in a proper manner, doing away with the illegal sale of the minerals which are usually smuggled out of the country.

In an interview, he said: “We have ongoing discussions and reflections within the government. The government is mainly committed to transparency in the mining sector. It is a critical sector for the economy and also it helps us to attract even more investment.”

“The Mines ministry has been driving the US$12 billion vision, so this kind of arrangement is a contribution to our vision 2030. We are certainly looking at other investors who can come and work with the government,” he said.

A 2019 report by the International Crisis Group estimates that the country is losing around US$1,5 billion a year through the smuggling of gold, mainly to Dubai and other countries.

“Any kind of change especially that brings greater transparency and greater involvement of key stakeholders is naturally resisted by vested interests that may be benefiting. That is the challenge of institutional reforms in Zimbabwe. There are a lot of vested interests that stand to lose,” he said.

Rashweat Mukundu, an academic and political analyst, said: “Minister Ncube may be having the best intentions of ensuring transparency in the mining sector but the system, more so, the political system and its linkages with the economy of Zimbabwe, cannot allow that level of transparency.

“The fact that you have all these State institutions and individuals all connected from the ruling party to government engaging in mining and in the extractive industry means that there is no interest for transparency. To that extent, it is also an impossibility for Mthuli to meet his wish of pushing for transparency in the mining sector.”

Former member of the Reserve Bank of Zimbabwe (RBZ)’s monetary policy committee and economist, Eddie Cross said the delays in joining the EITI were largely a result of the fact that elements in the extractive sector were not happy with the initiative as it would expose poor mining practices from an environmental and operational perspective.

“I also think that corruption played a part. It would have been very helpful in establishing us as a responsible producer of base metals and minerals. In an increasingly competitive world it is critical to set high standards,” Cross said.

Local environmental watchdog Environment Management Agency estimates that there are 1,5 million illegal miners in the country, although the figure may be excluding big companies that breach their mining licences.

These illegal miners sell their stuff to intermediaries who smuggle the minerals across the country’s porous borders.

The smuggled minerals cannot be accounted for by the country as they are not declared anywhere.

The miners will be avoiding selling their minerals to the Reserve Bank of Zimbabwe (RBZ) whose pricing is lower than foreign illegal dealers.

The country, therefore, loses millions of dollars as the smuggled minerals do not contribute to the country’s revenue.

However, ZMF spokesperson Dosman Mangisi said RBZ’s monopoly as the sole buyer of gold had contributed towards losses and non-performance in the sector.

He said they were in favour of anything that ensured accountability in the mining sector, including EITI.

“Government should not monopolise the buying of gold in the country. The market should be open to allow other stakeholders, and bankers to compete. It has been recording losses from the beginning of the year because its payment system is not favourable to miners and that has resulted in miners opting for the black market.”

The Extractive Industries Transparency Initiative (EITI) implements the global standard to promote the open and accountable management of oil, gas and mineral resources.

The EITI Standard requires the disclosure of information along the extractive industry value chain from the point of extraction, to how revenues make their way through the government, and how they benefit the public. By doing so, the EITI seeks to strengthen public and corporate governance, promote understanding of natural resource management, and provide the data to inform reforms for greater transparency and accountability in the extractives sector. In each of the 55 implementing countries, the EITI is supported by a coalition of government, companies, and civil society.