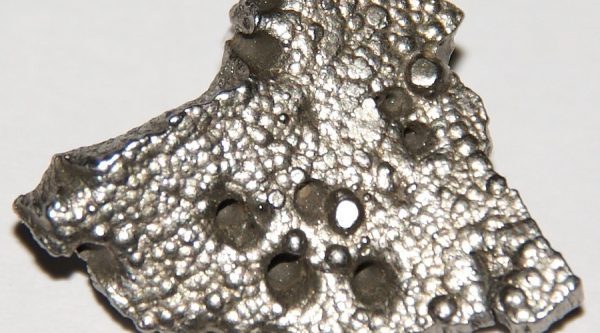 Scientists at Michigan State University found that Geobacter – bacteria found in soil and sediment – are effective cobalt miners, as they are able to extract the metal from rust without letting it penetrate their cells and kill them.

In a study published in the journal Frontiers in Microbiology, the researchers explain that Geobacter not only survive being exposed to cobalt, they essentially coat themselves with the metal.

“They form cobalt nanoparticles on their surface. They metallize themselves and it’s like a shield that protects them,” Gemma Reguera, lead author of the study, said. “It’s like Iron Man when he puts on the suit.”

Cobalt, in general, kills microbes by penetrating their cells and wreaking havoc.

But knowing from previous studies that Geobacter are extremely resistant because, for example, they can block uranium contaminants from getting into groundwater, they suspected the bacteria’s ability to respire rust could also help them to survive cobalt exposure.

This discovery is considered to be a proof-of-concept that opens the door to a number of possibilities, such as using Geobacter as the basis of new biotechnology built to reclaim and recycle cobalt from lithium-ion batteries.

The tiny organisms could also be used to soak up other toxic metals such as cadmium, which were previously believed to be death sentences for the bacteria.