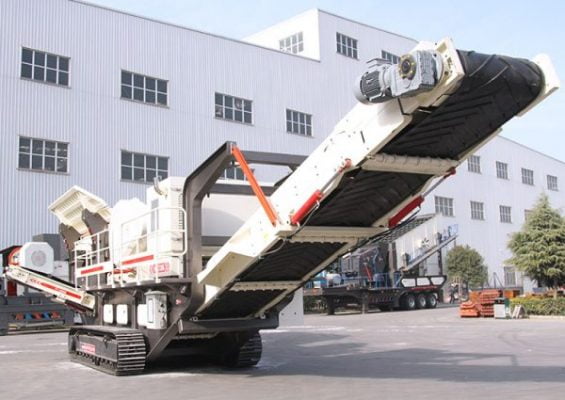 Mining industry is a global industry and every product used is crucial. Efficiency is an important component of mining work, since most productions are converting materials into different forms. Often, small improvements in execution speed, process efficiency, and downtime reduction separate profitable operations from outright failures.

Artificial intelligence (AI) is now readily available in many of the products and services we use. In addition, cloud computing has matured, hardware prices have fallen, and machine-to-machine communications have improved, leading to unexpected advances in mining and industrial technology.

Driverless trains whizzed through ports and mines, and thousands of driverless trucks sped through red plumes of dust. That is the scenario outlined by Rio tinto, the global mining giant, in its planned $2.2 billion “smart mine” project. In the future, in the Pilbara iron ore mining area in Australia, robots, driverless cars, trucks, freight trains and unmanned drilling rigs will form a network of intelligent equipment to truly realize the intelligent mining.

At a large port in the remote Pilbara region of Australia, a 200-meter-long motordrived conveyor belt runs non-stop, hauling 10, 000 tonnes of ore an hour from its stockyards to cargo ships bound for China and Japan. BHP began developing new technology in November 2018, which will put into use this week, to help the company monitor the productivity.

BHP and its rival, Rio Tinto, have been forced to find ways to cut costs over the past five years as commodity prices have fallen and mining profits have dwindled. Initially, mining companies focused on reducing staff, closing unprofitable mines and cutting investment in finding new deposits. At the same time, companies were investing more in research and development because new technologies can help them move into remoter areas, dig deeper and bring ore to market faster.

In Finucane Island, mechanical conveyor belt is introduced as a new technology of BHP Billiton, its technical director and former Boeing engineer Diana said that they also use drones (installing military level sensor) for drawing in mines, building real-time 3D gallery, and in the future, supercomputers will play an important role in the process of mining.

The costs are reduced by new technologies application.

In fact, many mining enterprises have already adopted the conveyor belt but the function is limited. Traditional conveyor systems use pulleys at both ends of the belt in short distances. BHP said the new design, which makes the conveyor belt cheaper to build and operate and easier to control, would break down restrictions and connect deep pits and underground tunnels to processing plants and rail stations. With the new conveyor belt, trucks can travel much shorter distances.

Mining profits have picked up in the past few years, largely because of high demand for iron ore and coal, while miners’ wages have risen. At its peak, truck drivers and drillers in the Pilbara region earned $200,000 a year. Last year, Rio Tinto attempted to transport ore from its Pilbara mines to ports using driverless trains, but the new technology failed in passing the final tests.

“Mining companies are not willing to take risks.” David Cormack, Deloitte’s head of mining consulting, said, “Any delay in introducing new processes and innovating new technologies can bring serious results.” The good news is that remote operation centres allow mining companies to monitor mines from hundreds of miles away by satellite. BHP is preparing to install automated drill bits in Australia’s iron ore mines, which could be used anywhere, after experimenting with robotic mining and finding it more productive and less costly to maintain.

Mining companies are under pressure to innovate because other ways of cutting costs are already constrained. “The question are that is it sustainable and where should it go?” At the Escondida copper mine, the world’s largest one, BHP is testing new sensors that will tell when rocks are scooped up whether they are valuable or not. The cost of expanding the plant is high, and with new technology, expansion is less urgent.

Drones fly over the Goonyella Riverside mine in eastern Australia. Mining companies have fitted the drones with infrared sensors and zoom lenses that alert monitors when large groups of people and equipment gather in the blast zone. The mine is 14 miles long and six miles wide, and without the help of drones, the only way to gather information is by car or by plane.

“We’ve been going invisible for the last few years because we don’t think it’s appropriate to talk about it if the work isn’t done,” said Krauss, founder and CEO of Airobotics, an Israeli company that recently launched a fully autonomous industrial drone. The Airobotics drone has an independent base, weighs 6kg and can perform programmed tasks automatically, such as checking equipment, guiding investigations, drawing and finding security vulnerabilities.

The drone can collect and analyze aviation data and land on the base station automatically. The base station robot can change the battery and install equipment to prepare the drone for the next flight.

In 2015, the global non-military UAV market revenue reached $200 million to $400 million, and it is still growing now. Whether agribusinesses, mining companies or media companies, there is a strong demand for uav. Drones are widely used, and if they are skilled enough to operate in some unrestricted areas, they can get a head start.

Driverless trucks are designed and developed at a fast speed.

Rio Tinto is actively introducing new technologies, such as automation. Rio Tinto has deployed the world’s largest fleet of driverless trucks in its Pilbara iron ore belt, and it has used 1,700km of track to link four ports and docks together. Rio Tinto manages, monitors and adjusts the system through the Perth operations centre. At the same time, it is preparing to introduce 45 driverless trucks in stages over several years, with the aim of improving efficiency, productivity and employee safety.

The Volvo truck looks like a regular truck, with a cab that the driver can sit in and control. Autonomous trucks are being developed by Volvo in partnership with Saab, which has Combitech, a software company, to develop autonomous technology. Without human supervision, the car can go on its scheduled route. The truck is fitted with sensors and GPS to monitor stationary and moving obstacles, and the truck can communicate with the transportation system centre.

Common mining equipment is getting smarter.

Equipment for crushing, grinding, and mineral processing is essential in the mining industry, which greatly improves the work and production efficiency. With the requirements of environmental protection and market demand, these devices need to be improved constantly. Taking the hxjq machinery as an example, the primary jaw crusher has been upgraded to German jaw crusher and CJ series jaw crusher after continuous innovation. Different series of jaw crusher can meet different requirements of users in different countries and regions.

German jaw crusher is characterized by the crushing chamber and the optimal design of motion parameters, which not only greatly improve the productivity and quality, but also expand the scope of application of the crusher. It can be widely used in metal and non-metal mining, construction, sand, cement, metallurgy and other industries. Besides, it has an outstanding performance in processing hard materials.

CJ series jaw crusher adopts non-weldable dismountable structure to be easily installed and save the space. The whole machine is placed on the base of the steel frame, and the connection between the main machine and the base crosses the damping pad, which has little impact on the foundation.

Even the mobile crushing station is constantly updated. After the test and actual operation, hydraulic driving is adopted to realize the intelligent automatic driving. Without human supervision, the mobile crushing station can drive on the predetermined route. Sensors and GPS are installed to monitor fixed and moving obstacles and communicate with the operations centre.

In addition to the crushers, sand making equipment is also in continuous transformation to meet the requirements of customers on material size and strict environmental protection requirements. The new sand making machine has plastic function with less dust and lower noises in the working process. The application of sand washing machine greatly improves the utilization of resources and maximizes the revenue.

Many enterprises have gradually increased their dependence on mobile crushing station in order to improve work efficiency and reduce the impact of mining and processing on the environment. The continuous improvement of technological innovation in mining machinery industry has improved the working efficiency and resource utilization rate, thus increasing the income.

Human economic and social activities can never be separated from the material guarantee provided by mineral resources. What the mining industry needs to do is to change the inherently inefficient mining method and the concept of “mining first, then governance”, and gradually move to a higher level to realize intelligent and green development. Intelligent green mining, not only can produce mineral products of high quality and low cost but also can turn the mining industry more environmentally friendly, which is also a starting point for the mining industry to reshape the image.