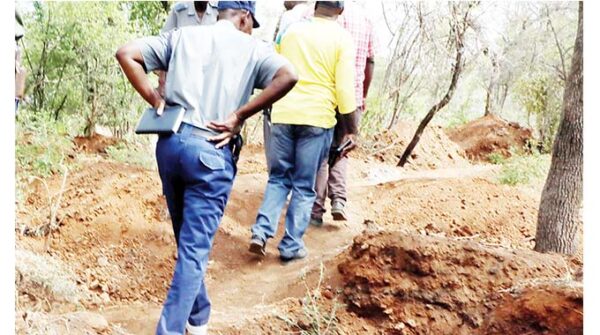 Illegal miners have invaded Vanguard Primary School in Mberengwa District where they are digging pits in search of gold, putting the classroom blocks at risk of collapsing.

The miners reportedly discovered a gold belt near the school and are now advancing very close to classroom blocks, causing alarm in the community.

Education ministry spokesperson Taungana Ndoro said he has not yet received any report about the issue, adding that they will probe the issue.

According to the locals, they have taken the issue to the local traditional leaders and the police, but no action has been taken yet.

The community is worried that the miners are causing land degradation in their environment, polluting the air and will possibly destroy their classroom blocks.

In addition, they say the blasting and mining activities within the school’s vicinity are making a lot of noise, making it difficult for learners to fully concentrate in class.

Mberengwa Miners Association chairperson Anderson Tsikira condemned the illegal miners’ behaviour saying they were not part of his association.

“These people are not registered under us and they do not subscribe to our code of conduct. If they were part of us, they were not going to behave this way.

“We are pro-development and we do not condone any behaviour that seeks to destroy public institutions or any infrastructure that benefits the community. We will investigate more into this and establish who the culprits are,” he said.