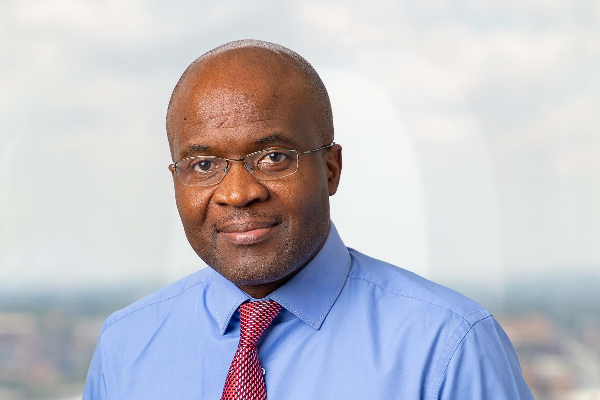 Keith Sungiso (KS): Thank you for taking the time from your busy schedule to speak to us. A brief introduction of yourself?

Collin Chibafa (CC): Collin Chibafa is a Chartered Accountant, having trained with PWC. I have spent over 20 years working within the mining sector.

KS: Your view on the status of the mining industry?

CC: The mining industry has generally continued the strong growth recovery post the COVID-19 induced lockdowns of 2020. Compared to Q1 2021, we have witnessed increases in output across all key minerals in the first quarter of 2022, with an 86% increase in gold, 83% for lithium, 51% in diamonds, 21% for coal, 13% for nickel and 13% for PGMs. The strong output performance is largely due to the ongoing expansion projects as a result of the favourable commodity prices. However, the mining industry is still performing below its full potential with capacity utilisation currently estimated at around 80%, weighed down by foreign currency shortfalls, fragile power supply, capital constraints and a high-cost structure.

KS: Despite protests and suggestions that 60/40 gold retention is not working for gold miners, the government hasn’t budged. Has the Chamber of Mines given up the fight for gold miners?

CC: We cannot afford to give up. The Chamber of Mines continues to engage and lobby the RBZ and Government for an optimal foreign exchange framework for the mining industry. While the retention has remained at 60/40, we have seen some changes namely, allowing miners to pay a proportion of the royalties and taxes in local currency and the introduction of an incremental export incentive scheme that results in mining companies retaining 80% of export proceeds about a set threshold.  In addition, for mining companies that are listed on the Victoria Falls Stock Exchange, the retention on incremental incentives is set at 100%. We will continue to engage and lobby for improved retention levels to ensure mining companies are able to sustain and expand their output.

KS: The world is going green and Zimbabwe is a significant player as it hosts some of the highest world lithium deposits and significant deposits of Copper. We do not seem to have local takers of these minerals. What’s your take on local players pulling resources together to form Joint ventures to mine Lithium for example?

CC: As a Chamber, we stand ready to support investors into the mining sector. The mining sector is open for anyone to invest in and contribute in maximizing the contribution of the sector to the socio-economic development of the country. It is my personal desire to see more Zimbabweans pulling their resources together to take advantage of the various opportunities that exist.

KS: Simple equipment like steel ropes used on skip cages is not being manufactured locally. Does the Chamber encourage value addition to reduce the import bill in the mining industry?

CC: The Chamber of Mines has, for a long time, at the forefront to promote linkages between the sector and local industry. The Chamber also has a Joint Suppliers and Producers Committee to spearhead and promote linkages and local content in the mining sector. In addition, most mining companies have introduced various initiatives to promote local manufacturers through Local Enterprise Development programs that have seen manufacturing companies growing from infancy to become suppliers to the mining industry. We continue to urge foreign-owned mining companies operating in the country to ensure they utilise local skills where these are available, from the exploration to the operating stage of their operations.

KS: Which metals have the most exciting prospects and potential in Zimbabwe?

KS: Zimbabwe is currently on the verge of getting a new Mines and Minerals Act what three things would you want to see removed or amended from the Act?

The government afforded the Chamber an opportunity to submit proposals for changes to the Draft Amendment Bill. Most of the Chamber proposals were incorporated in the Draft Bill and our expectation is that the Final Act will result in a modern, easy-to-interpret mining regime that guarantees the safety of mining investments and encourages capital inflows into the mining sector.

KS: What are the reasons that you would give a prospective foreign investor who is interested in investing in Zimbabwe’s mining sector?

CC: My advice would be that they should not mistake noise for useful information. By this, I mean that mining is a long-term investment decision. As a potential investor, they should not only consider the constant reports from various quarters some of whom are not operating in the country to that of the major mining companies that are operating in the country. Though not Switzerland, the operating environment for business has improved. As a Chamber, we believe we have a role to play in engaging the government for an improved fiscal and regulatory environment.

KS: What would you say are the long-lasting solution to power challenges for Mines in Zimbabwe?

As an industry, our view is that the power supply situation can be resolved by addressing some domestic structural bottlenecks that continue to weigh down the electricity value chain. We believe there are several electricity projects across the country which are at different levels of implementation. The thermal power value chain has huge scope to anchor the electricity supply in the country. Quick wins at the Hwange Power station are paramount. Refurbishment of the 6 old units and completion of the 7 and 8 units can easily improve the power supply in the country. These can be complemented by addressing challenges threatening the survival of the coal sector (the critical feedstock). These challenges include low coal prices and acute foreign currency constraints. The country also needs to develop and implement a plan for self-sufficiency in power generation. The SADC region is facing a power deficit and it is important for the country to set a timeline by which it will be self-sufficient. The country’s development cannot be premised on importing a critical input such as electricity when it has abundant sources that could be developed in this regard.

KS: Besides mining business what does Mr Chibafa enjoy doing?