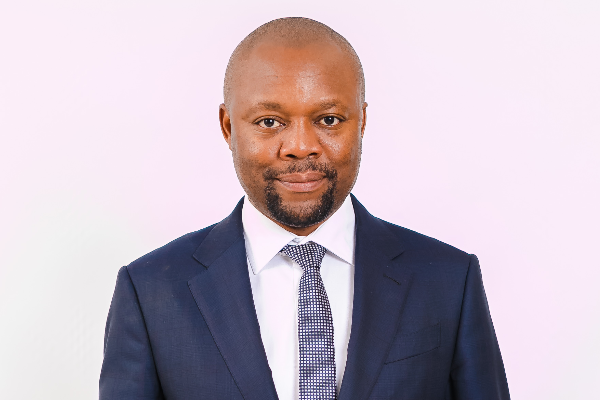 One of the most talked-about companies in the mining business, Kuvimba Mining House has for some time had many wondering what the giant is all about.

Kuvimba a new kid on the block has among other ventures successfully resuscitated the Shamva gold mine which has risen to become one of Zimbabwe’s top gold producers.

Mining Zimbabwe spoke to the man at the helm of the miner, Mr Simba Chinyemba who gave an insight into the operations of Zimbabwe’s Mining Giant.

A brief introduction of yourself?

My name is Simba Chinyemba. My current role is CEO for Kuvimba Mining House (Pvt) Ltd. I am an actuary by profession. I enjoy hiking, travelling and seeing the world. Indeed, I have lived in 7 countries now, including Zimbabwe where I am glad to be back. Prior to my current role, I have held various leadership and board roles gained in the United Kingdom, Bermuda, Asia, the Middle East and various African countries.

You are running the country’s biggest Mining House what is your working day like?

I would start with a comment on the “running the company” part of your question. As Group CEO of KMH, I really am just the figurehead of a team of leaders including the CFO, Innocent Rukweza and the COO Cobus Bronn. In a different world without titles, we might have seen ourselves as co-CEOs. In addition, most of our mines have their own senior management structure with CEOs who report to the team at group level.

Which assets (Mines) does Kuvimba currently own?

Kuvimba owns quite a large array of assets either as 100% owner or as a majority shareholder. These are:

How much Capex has Kuvimba injected into Mining projects since its inception?

Kuvimba has injected significant funding into the operations, the funding was meant to acquire the assets, and address the mines expansion CAPEX and working capital requirements. The funding was in excess of US$300 million.

How many people are employed by Kuvimba?

Kuvimba currently employs over 4000 employees across the different mining assets we have.

Are there any CSR programmes you are currently engaged in?

All our major mines have CSR programmes in the communities. There are indeed so many it would be difficult to mention them all for this interview.

Just a few examples we have are: Refurbishing and equipping the schools in the villages and providing accessible medical care to the communities through our clinics. We have also opened Covid testing centres and isolation centres which are made available to the communities around our mines.

Are any new projects slated for this year?

The three major projects that we have going on are :

Given the size of Kuvimba, we also have many other exploration and development projects constantly happening at our various mines and assets.

What exploration projects are you currently undertaking?

Some of our readers expressed disappointment that important projects specifically Bikita minerals and Arcadia lithium went to foreign companies. Is there no interest in minerals like Lithium for Kuvimba?

KMH has an interest in Lithium. Indeed, we are currently exploring one of our resources where current indications are that we have a very large lithium resource at Sandawana.

As a predominantly Zimbabwean owned company, we obviously wish that most Zimbabweans are able to take part in our economy through both ownership and employment in our massive natural resource sector. As Kuvimba, we do our part in this regard by being both majority-owned by the government and also through our listing program which I will outline below. Our timeline is beyond generations and therefore we acknowledge the lack of capital in our country. In that regard, we welcome the interest in Zimbabwe lithium from foreign companies and view it as good for the economic development of our country. When the President said that Zimbabwe is open for business, the practical meaning of that includes that we are open to foreigners investing in our country, especially in the mining sector.

What is the current progress at the Darwendale Platinum mine?

The Darwendale project is still ongoing. The original project was modelled on the possibility of underground mining. After further exploration and analysis common to projects such as this, it is now believed that the orebody may be more amenable to an open-pit project. GDI is thus remodelling the whole Darwendale project in order to take this into account. Further updates will be provided in due course.

What is the plan of action for the Zisco resuscitation?

The resuscitation of Ziscosteel is a major project. KMH’s role is to be the government’s partner in the turnaround program. This involves leading the strategy formulation, capital injection and raising efforts and helping the board and management of Ziscosteel make the necessary strategic decisions. The plan involves scaling up the iron ore mining capacity of Ziscosteel, Resuscitating the steelmaking complex and ensuring that the products from Ziscosteel.

How much gold did you produce last year?

The government has been calling for mining houses to list on Victoria Falls Stock Exchange (VFEX) are there plans for you to list?

KMH has heeded this call by the government. In December 2021, we led the movement of Bindura Nickel Corporation from the ZSE to the VFEX. We also have major plans to list at least 2 more major

companies within the next 18 months. Given the confidential nature of various regulatory processes involved in listing companies, all I can say for now is watch this space. We will be making necessary announcements at the appropriate times.

Since the fall of Mhangura mine, the country’s copper production has been relatively low to the extent that copper was not mentioned as a significant mineral towards the achievement of the US$12 Billion milestone. Are there any copper projects you are interested in or currently undertaking?

KMH does not currently have a presence in the Copper sector. We however believe that Copper is an important metal in the economy of the future. We are therefore always looking at opportunities and if one presents itself in a manner that aligns with our vision and strategy, we will definitely consider it.

Chamber of Mines has a zero harm mantra, how is Kuvimba working to achieve zero harm at its mines?

The Group continued to enforce its ZERO HARM policy and sought to create a safe working environment by creating a culture that promotes safety, teamwork, and accountability. Our SHE management system (“SHEMS”) is based on ISO 14001:2015 and ISO 45001:2018 which continued to blossom and guide the business sustainability. In the financial year under review, the Group’s SHE performance continues to be exceptionally better than international and Zimbabwean mining standards. Prior to Kuvimba, one of the mines used to have two fatalities annually, now the Group sustainably achieves ZERO fatalities.

In terms of environmental rehabilitation after mining, what measures are the company currently undertaking to ensure the land can be used for other purposes?

There are various mining regulations in our country including specific requirements on rehabilitation of the environment after mining. As a group, our policy is to comply with all the relevant regulations in all the areas we operate in. Indeed, our motto is Beyond Generations. That in itself means we take very seriously our environmental responsibilities not just today but also for a future that may be beyond our current generation. ENDS//

This article first appeared in the Mining Zimbabwe May 2022 (Mining Indaba) issue.