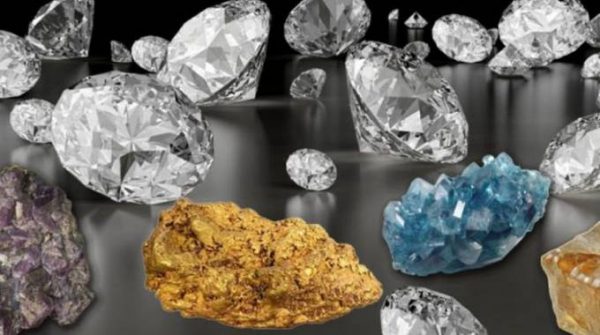 WHILE the Zimbabwe economy showed great resilience to pull through a Covid-19 ravaged year, after its exports recorded modest growth, the numbers indicate a worrying dependency on minerals and vulnerability to external price volatility.

Despite the Covid-19 pandemic, and expectations that world trade was set to fall by as much as 32 percent in 2020, amid disruptions in normal economic activity and life around the world, Zimbabwe still managed to record modest export growth.

According to National trade promotion body ZimTrade, local companies were able to sustain exports regardless of the challenges to production and movement of goods that hit almost all countries across the world.

ZimTrade said on the basis of recent statistics from Zimbabwe National Statistics Agency, Zimbabwe’s total exports grew by 2,7 percent between January-December 2020 and the prior year.

Total exports last year stood at US$4,39 billion, up from US$4,28 billion in same period in 2019, but, falling short of the 10 percent growth targeted under the national export development strategy.

Worryingly though, in terms of product composition, primary commodities dominated the exports in 2020.

Of the 30 countries with the lowest human development indicators in 2001, 26 were among either the 54 agricultural Commodity Dependent Countries identified by the European Commission or 25 most mineral-dependent or 25 most oil-dependent countries in the world.”

Since Zimbabwe is looking at leveraging on its competitive advantages through natural resources, good climate, ecological endowment, and skills base, it is worthwhile expanding the export base to lower commodity dependency risks from global price fluctuations.

“The starting focus will be on enhancing food processing sub-sectors that the country has comparative advantages that have high export potential such as sugar, coffee/ tea, fruit concentrates and fish and aquatic products,” ZimTrade says.

Zimbabwe’s mineral exports stood at US$3,210 billion during the period under review, accounting for 73 percent of the total exports in 2020, indicating vulnerability to the dangers of global commodity price fluctuations.

Given the contribution of the mining sector to the economy, there is need to enhance investments towards beneficiation and value-addition, ZimTrade said in its latest trade publication.

Over the longer term, dependence on primary commodities heightens a country’s vulnerability.

This is because (non-oil) primary commodity prices exhibit a largely declining trend over the longer term.

When there is a deterioration in trade for non-oil primary commodity producers over the longer term, increases in volumes must compensate for drops in prices in for an economy to be able to afford the same level of imports.

Notably though, Zimbabwe recorded growth in processed food exports, which increased by 17,96 percent to US$115 million from US$98 million in 2019.

Horticulture, which is amongst the top four foreign currency earners for Zimbabwe, registered a 13,5 percent decline from US$68,8 million in 2019 to US$59,5 million in 2020.