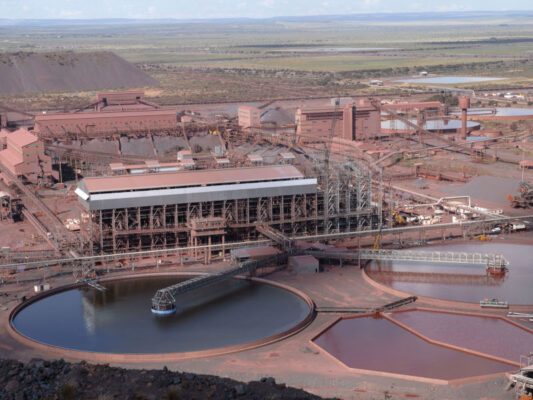 The company, a unit of Anglo American, raised its interim dividend to 72.70 rand from 19.60 rand per share a year ago, equalling 100% of its headline earnings,

Johannesburg-listed Kumba reported a jump in diluted headline earnings per share of 178% to 72.56 rand for the six months ended on June 30, up from 26.13 rand a year earlier.

“We have earned effectively the equivalent of what we have earned in the whole of last year in just six months,” Kumba’s chief executive Themba Mkhwanazi said during a call.

EBITDA (Earnings Before Interest, Taxes, Depreciation, and Amortization) for the half-year jumped 155% to 44.4 billion rand ($3 billion), with the company closing with net cash of 40.7 billion rand.

Kumba recorded an average realised export price increase of 137% driven by supply disruptions and a recovery in China’s economy, and expected iron ore prices to remain supported but grow at a slower pace compared with the first half.

Kumba said production rose 12% during the period to 20.4 million tonnes, despite above-average rainfall affecting operations and logistics in the Northern Cape region home to its mines.

The miner cut its annual sales guidance by 1 million tonnes to between 39.5 to 40.5 million tonnes due to potential impact from weather, logistics disruptions and a maintenance shutdown in the second half of the year.