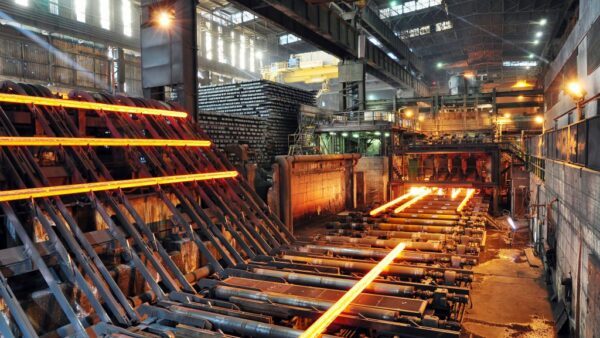 LACK of public access to relevant and accurate extractives (mining, oil and gas) information remains a major issue for Zimbabwe.

Since the decline of the agricultural sector, mining emerged as the leading sector for economic revival.

In 2012 mineral exports accounted for 64% of total exports.
Incredibly, there is no “single point of truth” in government with respect to statistics on geological data, mineral production, trade and exports and licenced sites and other relevant information as is the case with other mining countries like Australia.
Comprehensive exploration and geological surveys were last done in the 1980s.
Yet country prides itself of having a rich diversity of minerals which include gold, diamonds, platinum, chrome, iron ore and coal, among others.

Statistically, the country is said to have more than 60 known minerals, 40 of which are being exploited.

Other reports rank Zimbabwe second after South Africa on platinum reserves and that it hosts 15% of global chromite reserves.

Diamond estimates are also stated as ranging between 20-30% of potential world production.
Such big numbers have always generated public euphoric beliefs of economic revival and development.

The big numbers and statistics are not supported by current and reliable geological data and reports.

The country does not even have a mining cadastre system resulting in over-pegging of mining claims.

Glaring variations and discrepancies exist between statistics held by different government departments. Diamond production, export and revenue statistics are an example of the level of inconsistencies.

Government is failing to make the country attractive to genuine investors, except a few opportunists taking advantage of a desperate government.

The forbidding political situation in the country has been blamed for discouraging foreign investments due to fear of security of tenure and unpredictable legal and political developments.

Given this scenarion, the informal mining entities heavily outweigh large- and small-scale mining.

The number of unlicensed artisanal miners is considerably high and increasing particularly in the gold sector.

Low gold prices offered by government entities have led to a flourishing black market and smuggling of gold.

Further, many artisanal miners have no knowledge of mining, environmental, safety and health laws.

Currently, government is proposing legalizing artisanal mining but so far, no concrete legal steps have been taken.

While some domestic and multinational companies are still operational, most are operating below normal capacity utilisation levels.

Management of state entities has been weak, unaccountable, and not significantly beneficial to the country.

The state is also an active player in mining and marketing of minerals through its various State-Owned Enterprises like the Zimbabwe Mining Development Corporation (ZMDC) and Minerals Marketing Corporation of Zimbabwe (MMCZ).

Despite its strategic economic importance and potential, mining continues to give rise to economic problems.

Corruption and lack of transparency and accountability in licencing, contract negotiation and revenue distribution stand as the main challenges.

Some of the problems are linked to the old legal and institutional framework run on a political patronage system that affects effective and beneficial contract negotiation and oversight by parliament.

Further, there is no public disclosure of disaggregated revenues and contracts.

An attempt at promoting public disclosure of revenues through the Zimbabwe Mining Revenue Transparency Initiative (ZMRTI) in 2012-2013 was peremptorily rejected by the Ministry of Mines and is in limbo.

It was part of efforts to create a domestic version of the Extractive Industries Transparency Initiative (EITI).

Going forward, we will push for workable measures and tools to promote transparency and accountability in the coming five years through the Publish What You Pay coalition.

Tax evasion, illicit financial flows and undeserved tax exemptions are some of the challenges in the mining sector.

The Mines and Minerals Act gives too much power to the Minister of Mines to offer tax exemptions to mining companies without public or parliamentary scrutiny for appropriateness. This deprives the country of revenue.

In addition, illicit financial and mineral flows are another challenge. There is a perceptible increase in criminality, smuggling and leakages of minerals such as gold and diamonds at mines and across the country’s borders due to poor monitoring systems and low prices offered.

Therefore, in the coming five years, our focus will be on finding ways and tools to fight tax evasion, illicit financial and mineral flows and corruption.

Violations of environmental, economic, social, cultural rights and other freedoms in the mining sector are increasing.

We are ready to fight this scourge. Mining causes loss of land, displacement of communities without compensation, pollution of rivers and loss of livelihood sources.

The rights of workers are also not being respected particularly at Chinese mines where working conditions are slavish.

State participation in mining through state owned companies has led government to abdicate its duty to protect the people.

State complicity in human rights violations may be linked to failure to apply and implement the concept of business and human rights as enunciated in the UN Guiding Principles on Business and Human Rights.

Further, compliance with and monitoring of Environmental Impact Assessments to address potential impacts and risks on communities by mining companies and environmental authorities has been very weak.

In all this, what has been missing is a community based social accountability tool and or an independent EIA Monitoring Protocol that can be used to assess compliance EIA commitments.

Implementation of the Indigenization and Economic Empowerment Programme while noble, is another controversial issue we will deal with.

Many Community Share Ownership Schemes face transparency and accountability challenges including misuse of funds, manipulation by politicians, failure to consult or report back to the people on operations and absence of a clear and predictable legal and policy implementation framework.

What also remains as a major challenge, is the existing old and colonial legal architecture especially the Mines and Minerals Act.

The Act does not adequately deal with environmental protection, transparent issuance of mining rights and public disclosure of mining revenues.

Since 2007, there are several stalled legal reform processes initiated by government such as the Mines and Minerals Amendment Bill, Draft Minerals Policy, Income Tax Bill, Sovereign Wealth Fund Bill, a diamond law, and exploration law. Up to now nothing has materialized. in the coming five years.

A detailed analysis of the above and other challenges in the extractive and mining sector are included in a mining and extractive sector programme document ZELA produced in 2013. ZELA ENDS//