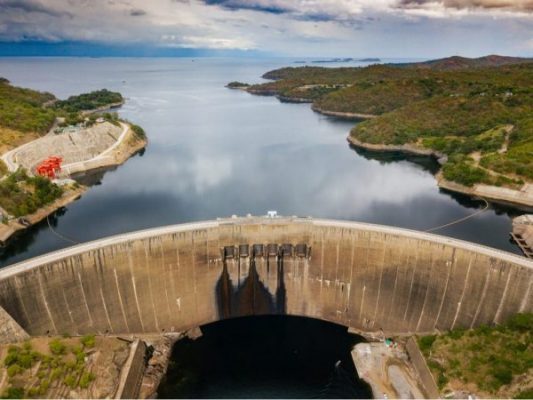 The authority, which is jointly owned by Zimbabwe and Zambia expressed satisfaction over the work so far covered ahead of the project’s 2024 completion deadline.

The rehabilitation project, which commenced in 2017, comprises the reshaping of the plunge pool and the refurbishment of the spillway gates.

According to local media ZRA chief executive officer Engineer Munyaradzi Munodawafa, highlighted that works at the project site are continuing in strict adherence to World Health Organisation covid-19 guidelines and the health authorities in the two contracting states.

“It is worth mentioning that the overall objective of the KDRP (Kariba Dam Rehabilitation Project) is not to seal cracks as has previously been speculated by some sections of the media, but rather to increase the lifespan of the dam wall.

“The project is on schedule while the contract implementation timeframe is 48 months from the commencement date.

“Consequently, the completion of the works will be accomplished in 2024,” he was quoted as saying.

The project is being funded by the European Union, World Bank, African Development Bank, the government of Sweden, and the ZRA on behalf of the governments of Zambia and Zimbabwe, through a combination of grants and loans.

The rehabilitation of Kariba Dam is aimed at enhancing the structural integrity of the Kariba Dam wall for efficient power generation.

Meanwhile, water levels at Lake Kariba continue to rise due to increased rainfall activity pushing the overall lake levels to 3,21 metres above the Minimum Operating Level (MOL) of 475,50m as of January 18, 2021.

“It is very encouraging to note that the lake levels, which should generally be in a decreasing trend at this time of the year have continued to record a steady rise due to increased rainfall activity on and around the lake, leading to a lake level of 478,71m with 22,45 percent live/usable storage on 18th of January 2021,” said Eng Munodawafa.