Lucara Diamond Corp has unearthed the largest uncut diamond in recent history in its Karowe mine in Botswana, the Canadian company said on Thursday, beating its own record discovery from November 2015 that it struggled to sell for nearly two years. 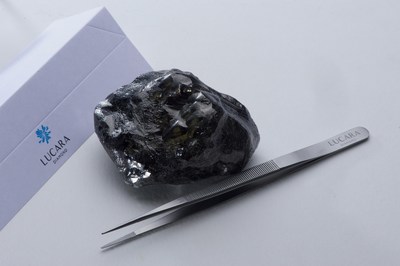 Lucara’s shares rose as much as 11.4% to the highest in more than two months, before trading up 7% at C$1.69 shortly after midday as the Toronto stock benchmark edged down 0.1%.

The stone is the latest in a series of high-value recoveries for the Vancouver-based company at Karowe. Since introducing its XRT diamond recovery technology, Lucara has recovered 12 diamonds over 300 carats, the company said, including a 472-carat and a 327-carat diamond in April 2018.

The 1,109-carat “Lesedi La Rona,” which Lucara recovered in November 2015, failed to meet its undisclosed reserve price at a June 2016 auction, putting pressure on the company’s shares. British diamond dealer Graff Diamonds finally bought it for $53 million in September 2017.