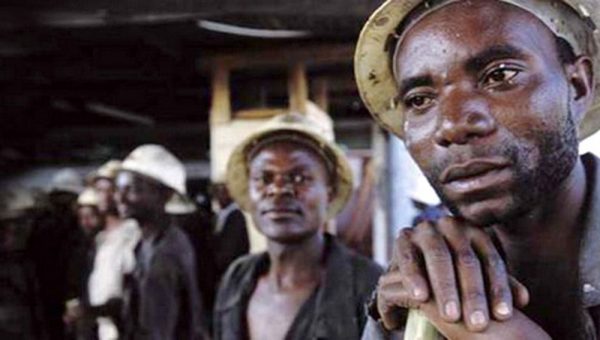 THE Zimbabwe Diamonds and Allied Workers Union of Zimbabwe (ZDAMWU) is pushing for a 270% salary increase that would see the least paid worker pocketing at least $65 000 per month.

“The amount $24 500 of the least paid employee in the mining industry is not only enough, but also now an insult considering that the food basket is now pegged at $45 000 and this only benefits workers in towns.”

He added: “As far as we are concerned in the mining districts, the food basket is around$ 65 000 or US$600. The mine workers salaries and wages have remained stagnant despite the inflationary environment. This is also notwithstanding the fact that the mining sector is a vital cog of our economy. As mine workers, we are demanding a minimum of at least US$500 and a COVID-19 allowance of US$100 to make it US$600 paid 100% in United States Dollars.”

Chinhema said the workers were getting “impatient” and also frustrated by the Chamber of Mines, which has failed to heed their calls.

“Mine industry workers might resort to go slow as a sign of their frustration caused by the employer for failing to adjust salaries in line with the traditional practice of quarterly wage negotiations. The works council bargaining is also being affected, without the National Employment Council gazetting minimum wage based on bargaining. At the moment, works council are used by the employers to push their nefarious agendas,” he said.

“Currently mine workers are failing to bring issues of salaries and wages on the table as employers argue that they are waiting for NEC’s outcome. The obtaining situation in the mines is not healthy, the situation has reached a boiling point. Mineworkers have been pushed to the limits and are currently suggesting to down tools or go on a go-slow as a way of pushing NEC or individual mines to increase salaries in line with the current economic situation.

“As a union, we are giving NEC up to next week to come up with something within the range of the above stated, or we will be mobilising for a go-slow across the industry or a full job action in terms of the Labour Act.”

Chinhema also claimed that some mines had not paid back pay for increases in the first and second quarter.

Chamber of Mines chief executive Isaac Kwesu said he could not comment as he was out of office.

“Please refer to National Employment Council and AMWUZ [Associated Mine Workers Union of Zimbabwe] for comment. They can better give you the latest position regarding the wage negotiations as well as most key issues raised on them. I am currently out of office,” he said.