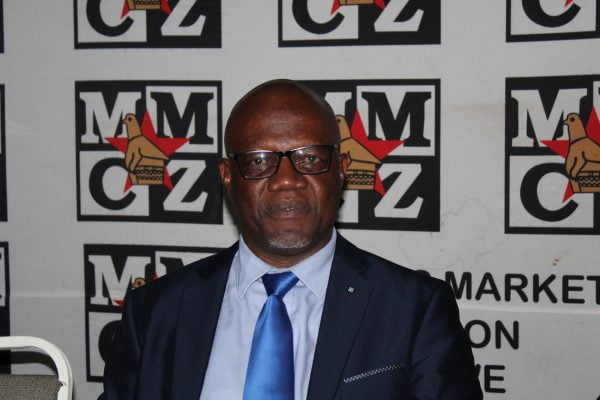 Chaos has erupted in a fierce fight over the choice of a partner in the proposed diamond value addition project between State-owned diamond miner, the Zimbabwe Consolidated Diamond Company (ZCDC), and Minerals Marketing Corporation of Zimbabwe (MMCZ).

According to the deal, which was approved by Cabinet, a venture capital agreement would be signed between the partner and MMCZ, an exclusive agent for marketing and selling of all the minerals mined in Zimbabwe except silver and gold.

However, ZCDC, which was formed in 2015 after the government consolidated all diamond mining companies in Chiadzwa district in Manicaland, wants to be consulted on the process to engage a partner.

ZCDC has since written to MMCZ to stop the tender process.

Sources told a local publication Business Times that the move by ZCDC has since forced MMCZ to halt the process to engage partners, with one of them said to be a diamond buyer with facilities in Milton Park, Harare.

It is understood that some government officials and ZCDC are not comfortable with the possibility of engaging this diamond buyer who has been subject to various allegations of collusion and rigging of diamond tenders.

“The two organizations (MMCZ and ZCDC) were mandated by the Cabinet to venture into diamond value addition collaboratively. They were supposed to consult in the event of any need to engage a partner in diamond value addition. But MMCZ had already moved with the process without consulting ZCDC who are the miners of the diamonds,” one source said.

All efforts to get a comment from ZCDC chief executive officer, Mark Mabhudhu, were futile.

Contacted for a comment MMCZ general manager, Tongai Muzenda said: “We are moving ahead with the project and there has been serious interest from prospective investors towards the project.”

According to a Government Gazette General Notice 320 of 2021, MMCZ is looking at providing venture capital to an identified partner for diamond processing in line with the corporation’s “strategic initiatives towards increased value addition and foreign currency generation”.

The latest friction comes after concerns were raised in March this year that a diamond syndicate composed of ZCDC evaluators and MMCZ was accused of possible price collusion with buyers.

There were officials who have been leaking diamond prices to prospective diamond buyers which eliminated all competition in diamond buying as there are growing concerns that only one diamond buyer of Lebanese origin has been buying the bulk of the diamonds.

As of 2018, the government has introduced online diamond sales in a bid to promote transparency and the ease of doing business.

According to Mines and Mining Minister Winston Chitando, the implementation of the Zimbabwe Electronic Diamond Trading System was supposed to augur well for future diamond sales and supported the ease of doing business mantra.

The system was also meant to ensure that the sale of diamonds through the MMCZ was in line with global best practices.

But despite the auction system, this publication is reliably informed that there has been collusion as one buyer has managed to enjoy the monopoly of buying all the parcels.

Controversy has followed the diamond trading industry in Zimbabwe like a shadow.

In 2019, a Lebanese diamond dealer Hussein Robai was deported from Zimbabwe over illegal diamond dealing working in cahoots with former ZCDC executives.

The deportation of Robai came after there were consented efforts by some officials at the Foreign Affairs ministry and ZCDC to protect the Lebanese who was only deported eventually through the intervention of state security services.

The Department of Immigration deported Robai over his previous illegal diamond dealing convictions in India allegations and has been allegedly behind a spate of illegal diamond smuggling in the country.

In September 2008, Hussein and Yusuf Ossely were arrested in India with rough diamonds worth an estimated value of US$900 000. They were later sentenced to four years in prison for trading in conflict diamonds. The duo was allowed to operate in Zimbabwe despite the conviction.