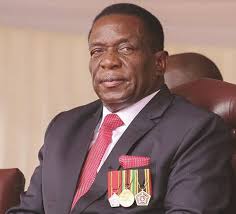 Now the wait for the announcement of a  legitimate Zimbabwean leader is over after Emmerson Mnangagwa was announced as the victor in the just ended harmonised elections , bagging a fresh five year mandate.

A lot of expectations for the new leader are in the air after he managed ganner a majority vote of 50.8% percent against his fore, Nelson Chamisa who was not so far, gunning 44%.

Mnangagwa took over from Robert Mugabe in November following a bloodless military intervention which ensued after the nonegarian (Mugabe) had ruled the Southern African country for more than 35 years.

A lot of changes are being anticipated in all the crucial sectors of the economy and according to analysts, Mnangagwa is likely the man to transform the Zimbabwean mining landscape.

The ascendance of Mnangagwa following the exit of Robert Mugabe through a military intervention came with it massive changes within the mining landscape, key to it being a change in policies.

Keen to revive the mining sector after years of reticence by foreign investors during Robert Mugabe’s rule, President Mnangagwa has managed to turn the country’s investment environment into a darling for many.

His summit to power has seen the country amassing a great deal of investments and other tangible commitments coming from hostile countries as far as United States of America.

The takeover of Mnangagwa saw Zimbabwe amending its Indigenisation and Economic Empowerment legislation to limit majority ownership by state entities to only diamond and platinum mines and not the entire mining sector as espoused in the previous legislation.

The indigenisation legislation introduced during the tenure of Mugabe was designed to increase black Zimbabweans’ participation in the mining sector but were open to abuse.

The legislation had become an elephant in the room for Mugabe’s Government and it also became a major hindrance to attraction of tangible and clean investments in the mining sector.

The amendments were included in the Finance Act, which covers the 2018 budget and were signed into law. According to the new amendments, only state-owned mining entities will hold majority shares in diamond and platinum companies.

What Mnangagwa has done far has seen a lot mining houses jumping to the conclusion the Mnangagwa’s fresh mandate as the President of Zimbabwe might be the best thing ever to happen to the country’s mining sector.

What has been achieved so far?

Cypriot investor Karo Resources has since signed a $4.2 billion deal  with Government of Zimbabwe under Mnangagwa’s watch.

The integrated project located in the Mhondoro-Ngezi platinum belt, west of Harare, where Impala Platinum Holdings has operations will include a coal mine and power station to produce electricity for the smelter, and should employ 15,000 people when fully implemented.

Keen to revive the mining sector after years of reticence by foreign investors during Robert Mugabe’s rule, Mnangagwa is of the opinion that the deal has capacity to catapult Zimbabwe to greater heights.

The project was first mooted six years ago but had been held back by government red tape and “other unnamed vested interests, which were corrupt.

Mnangagwa has already placed economic development on top of its agenda, with various reforms being put in place to lure investors.

An example is the scrapping of the indigenisation law, making it only applicable to investments in diamond and platinum mining.

The renewed emphasis on the economy has resulted in an influx of investors expressing interest to invest in Zimbabwe from across the globe, including from countries that were previously hostile.

Since November last year more than $15 billion worth of investment commitments have been registered in a show of faith in the new administration and its ideas.

Again in a show of faith, a large business delegation from the Chinese province of Zhejiang is in the country to scout for business opportunities following President Mnangagwa’s visit to that province in April this year.

The focus shown by Mnangagwa during his eight months stay in power is likely going to continue going into his fresh mandate. He might be the best thing to have ever happened in the Zimbabwe mining sector in the past two decades.