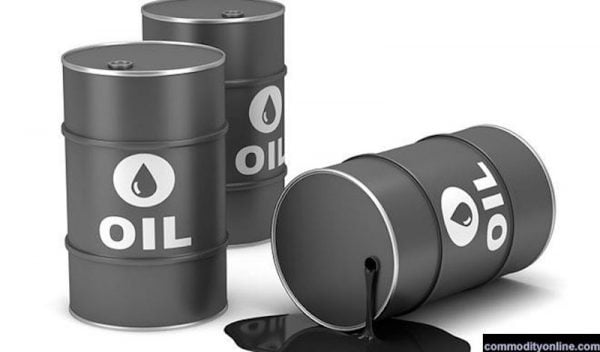 IN 1989, American oil and gas company Mobil Corp asked for permission from Government to explore and drill natural gas and oil in Muzarabani, Mashonaland Central.

The company was convinced that the area was endowed with vast oil reserves that could be exploited commercially.
After intensive exploration work, Mobil did not find the black gold.

In 1993, it folded its US$15 million, three-year search for oil and gas after coming to the conclusion that the risks were too high to justify additional investment.

However, nearly 30 years later, another oil and gas exploration company stands on the brink of drilling its first test well around the very same area.

Last month, an armada of vehicles transporting state-of-the-art seismic survey equipment to be used to identify the best site for sinking exploration wells landed in the country.

The equipment is currently enroute to the site and the Muzarabani community is elated.

“I know what a community can achieve with a project of such a magnitude,” he told The Sunday Mail last week.
“I was young when Mobil Corp did their exploration work.

“Five of my family members were employed on-site and in an instant, our lives changed for the better.”

He said the community is already beginning to feel the impact of Invictus’ work.

“Already, a lot has been done in the past 12 months and we expect major development here.

“The company has already promised us 162 boreholes in Muzarabani District before work commences.”

Muzarabani is a semi-arid district that receives low annual rainfall of between 450mm to 650 mm and often experiences seasonal droughts and severe intra-season dry spells.

“As community leaders, we have also presented our suggestions of infrastructural development that we would want in the area such as schools and clinics, especially for the vulnerable.

“Currently, there are 82 locals that are employed; we expect another 160 to be employed once the consignment of seismic survey machinery arrives this week (last week) and another batch to be employed when full operations begin.

“And already cash has started to circulate in the area.

“This alone is testament of bigger things to come.”

Natural gas and oil exploration in the area dates back to 1979 when the Rhodesian government initiated a search for petroleum deposits that drew blanks.

Mobil Corp latched on years later but the exercise also came to naught.

Today, Invictus says seismic study data gathered so far is promising. Seismic study refers to the process of using high-tech equipment to “listen” to underground vibrations in order to determine the existence of hydrocarbons.

They, in turn, found strong evidence suggesting the underlying geographical structures may host domes and traps that could contain oil and gas.

Chief Hwata reckons the acknowledgment of the community’s cultural practices by Invictus may be one of the reasons why the project has been a success so far.

“I believe a lot of procedures were done right this time around,” he added.

“We also have a Government which was willing to follow the whole process through.

“A number of traditional ceremonies were done before exploration was done around the area in a show of respect to our culture.”

A network of rivers originating from the Mavhuradonha mountains in the south snake through Muzarabani before channelling into the Zambezi River and later into the Cahora Bassa Dam in Mozambique.

Underdevelopment has blighted the district for years.

Now, locals feel that the winds of change may finally be blowing across the area.

They, however, remain cautious.

Stanely Mudziviri, the local headman, implored Government to ensure there was development in the area.

“This is a very noble and good initiative which is set to eradicate poverty in the area,” he said.

“There is a need for construction of dams in this area so that we can start irrigation.

“We hope that Government plays a monitoring role to ensure there is development.”

Government, he added, should guard against looting of the resources as happened in the Marange diamond fields in Manicaland.

“We heard Marange was endowed with diamonds but in terms of development, there is nothing much to talk about.

“It was only after Government intervened that some infrastructural developments started taking place there.”

In Muzarabani, however, hope continues to spring eternal.

Already roads linking Muzarambani villages to Mbire and Kanyemba have been graded.

Construction of accommodation facilities for workers has begun.

Small irrigation schemes have also been set up.

Local villagers are determined to complement the development brought about by prospects of abundant oil and gas deposits.

They reckon the sleepy town of Muzarabani will soon be a hive of activity.

After an arduous journey spanning 30 years in search of the precious black gold, they are confident of better days ahead.