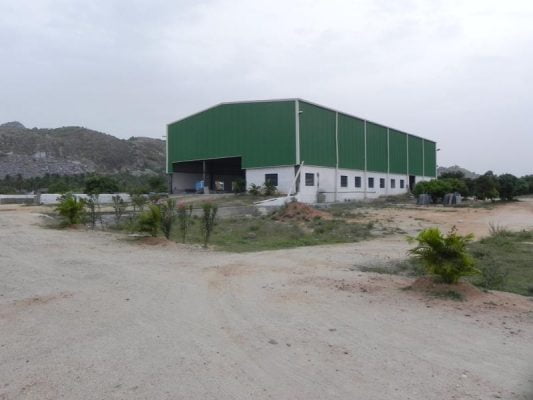 Zimbabwe is set to have another mega-plant that will be producing tiles and other related granite
products, the Daily News reports.

This comes after Surewin Investment (Pvt) Ltd which was granted the Special Economic Zone status
last year is setting up a manufacturing plant for granite cutting and polishing in Mutoko.

The plant is set to attract foreign direct investment to the tune of USD$20 million with an estimated
revenue of USD$5 million per annum through both local and export sales of value added granite rock
products.Mutoko in Mashonaland East Province is commonly known for the black granite which is now popularly used to furnish and tile modern homes worldwide.

Zimbabwe Special Economic Zone Authority (Zimseza) chief executive officer Edwin Kondo stated
that the newly-approved investment is also expected to bring new technologies to the granite mining
sector. “The project will see thousands of direct and indirect jobs created and a huge number of the
jobs will be for the locals.

Twenty locals are expected to be trained on mine construction projects during the first year of
implementation,” Kondo said.

Zimseza is a statutory body set up in terms of the Special Economic Zones Act (Chapter 14:34)
mandated to designate, attract and administer Special Economic Zones in Zimbabwe.
While Zimbabwe’s “import over export” problem remains, the project is said to contribute greatly
towards introducing new technologies and skill, value addition and import substitution.

“Furthermore, the country and its human resource will benefit largely from the transfer of new granite
cutting and polishing technologies which will make our granite products competitive on the
international market thus increasing value to our natural resource,” Kondo added.

Zvishavane women miners in pursuit of growth in the ASM

While the Mutoko people have bemoaned exploitation of resources as the community wallows in
poverty, Kondo said Surewin Investment (Pvt) Ltd has also undertaken the social responsibility
projects to assist the local community.

“The organisation promises to undertake the following projects in its continued support and assistance
to the local community construction of access roads, seasonal road maintenance, completion of
learning blocks at Manemba Primary and Nyakabau Primary School and upgrading of local school
facilities,” he said.