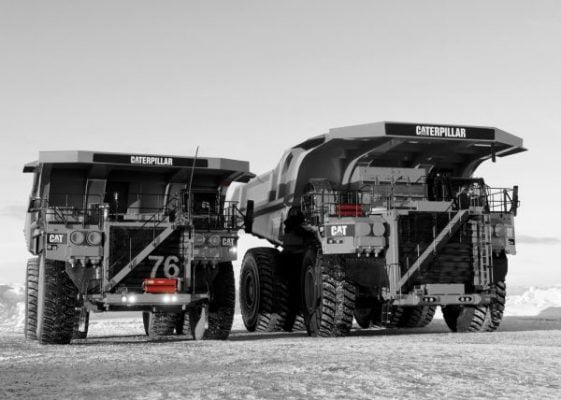 Local platinum production continues to rise on the back of sustained investments in capacity by producers over the years.

The country’s major producers — Zimplats, Unki and Mimosa — are expanding operations, while the new project, Great Dyke Investments, has opened two box cuts at its site in Darwendale.

It is expected to be operational by 2023.

Bravura, which has operations near Zimplats, has completed drilling and will open its first box cut before year-end.

“Zimbabwean production increased by 17 percent year-on-year as a backlog of matte from the Unki smelter was processed through the Anglo Converter Plant (ACP) and refined,” the WPIC said in its quarterly report.

The country is envisioning a US$12 billion mining industry by 2023.

PGMs (platinum group metals) are projected to contribute US$3 billion as production is anticipated to jump from about 979 000 ounces in 2018 to about 2,5 billion ounces annually in 2023.

Coal and hydrocarbons are also forecast to contribute US$1 billion.

Lithium will generate US$500 000, while other minerals will weigh in with US$1,5 billion. Zimplats, the largest platinum producer in the country, has lined up capital projects valued at over US$570 million.

According to Mines and Mining Development Minister Winston Chitando, the investments dovetail with the country’s quest to grow the sector and contribute to a prosperous society in the next nine years.

Australian Stock Exchange-listed Zimplats spent about US$160 million on capital projects in the half-year period ending June 30, 2021, which represents a significant increase from US$104,2 million a year earlier.

Unki Mines recently indicated it had invested US$48 million towards increasing its concentrator capacity, which is expected to boost output by 30 percent.

The new plant will be a second major value addition and beneficiation project by the mine after the commissioning of a US$60 million smelting plant by President Mnangagwa in 2019.

In 2019, Mimosa Mining Company invested in a new processing plant worth US$10 million that was expected to shore up processing capacity and production.

According to the WPIC, Zimbabwe’s second-quarter output was 17 percent higher when compared to the second quarter of 2020.

In terms of quarterly global production report, the WPIC noted that global mine supply jumped 65 percent year-on-year to 1 557 koz (thousand ounces), the highest quarter for two years, as the major producer, South Africa, recovered from the extreme disruption of second quarter 2020, supporting refined output with a drawdown of semi-finished inventory.

South African output increased 124 percent year-on-year due to a return to full operations at the Anglo American Platinum Converter Plant (ACP) following the shutdown in the second quarter of 2020.

Global refined supply is expected to rebound to near 2019 levels in 2021, rising by 21 percent to 6 047 koz on the back of the South African recovery following the extreme disruptions of 2020.

According to WPIC, South Africa’s output continues to exceed earlier production guidance, with the ACP operating ahead of expectations and the largely successful navigation of Covid-19 pandemic challenges.

North American volumes are forecast to grow by 8 percent as a project in Montana rampsup.

“Zimbabwe is expected to add 17 koz, up 4 percent, as the backlog of semi-finished inventory is refined in South Africa.”

In 2020, platinum production in Zimbabwe surged by 5 percent to 476 000 ounces from 455 000 ounces in 2019, becoming the only country to register growth among other top producing nations despite the adverse effects of the coronavirus pandemic.