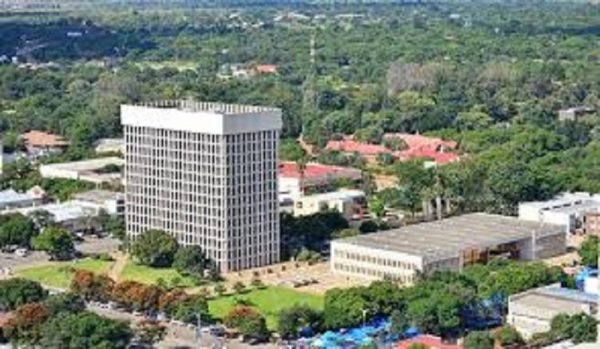 THICK plumes of smoke billowing from a sprawling Bulawayo City Council (BCC) landfill site popularly known as Ngozi Mine in Richmond suburb are a daily sight.

The hazardous smoke is now encroaching the nearby Cowdray suburb resulting in the choking smoke wafting into the houses thereby putting the lives of residents in danger.

The residents have since petitioned BCC to address the landfill air pollution which they say is affecting them.

Recent studies have found that air pollution is linked to childhood cancers and cognitive impairment in both children and adults.

According to the World Health Organisation (WHO), up to 14 percent of all children aged five to 18 have asthma and every year, more than 500 000 children younger than five years die from respiratory diseases linked to air pollution.

It may also affect foetal brain growth and prolonged exposure to air pollution can also lead to heart and lung-related illnesses.

The Cowdray Park residents said due to the smoke from the landfill, they are developing respiratory problems.

This comes as the Meteorological Service Department also warned that air pollution is on the increase during this time of the year and could affect members of the public with asthma, hay fever among other respiratory conditions.

A Chronicle news crew visited the suburb and residents appealed to council to urgently address the problem.

The news crew also observed the thick smoke from the landfill that the residents are complaining about.

Ms Eliza Ndlovu said she often experiences challenges in breathing as a result of the air pollution.

“We are now forced to go to bed wearing masks to prevent inhaling the polluted air. When they start burning you feel like you are being suffocated by the smoke. I will be continuously coughing and this triggers asthma attacks. I’m not the only one complaining about this problem,” said Ms Ndlovu.

She said residents do not even know what is being burnt at the landfill and they suspect that even dangerous chemicals are being dumped there.

Another resident, Mr Simbarashe Nyoni said he has lived in Cowdray Park for about 20 years and the pollution is worsening by each passing year.

He said when the scavengers start burning waste at the landfill it does not only affect their breathing but their eyes become itchy as well.

“The stuff is burnt almost every day. Some days are better but when its serious you will definitely feel like you are choking. We don’t know what needs to be done but something has to be done as soon as possible. This will have a long-term impact on our lives,” he said.

The Chronicle news crew also visited the landfill and could not stay even for five minutes on site due to the choking smoke emanating from the dumpsite.

“Residents in my ward are really concerned about the air pollution that is coming from Ngozi Mine landfill. For the past three months, the pollution has worsened. There are some scavengers who burn waste in search of scrap metal.

Some residents have been rushed to hospital after asthmatic attacks triggered by the smoke,” said Cde Mujuru. He said he has reported this to council which at times send workers to put out the fires.

Chronicle is in possession of the petition that residents submitted.

Govt to authorise riverbed mining in Angwa and save rivers

“Some of the smoke filters into our houses and chokes us during our sleep at night. This is very unhealthy to us adults, children and the environment. This has immediate and longterm effects on our health.”

The residents demanded that council should come up with a clear road map and provide them with feedback on how it is going to address the challenge.

The country’s environmental watchdog has also raised a red flag over the air pollution at
Richmond Landfill site.

“We are dealing with the landfill issue. We know there is air pollution that is happening there. We have engaged the council to come up with lasting solution to the problem. But in terms of health impact, I will leave that to health experts,” said Mrs Ndlovu.

BCC admitted that it was having challenges addressing the air pollution at the landfill and has employed a multi-stakeholder approach in a bid to address growing environmental problem BCC corporate communications manager Mrs Nesisa Mpofu said council is trying
to cover up the fire using gravel and also engage informal waste pickers as they are the ones who cause the fires.

“Council has engaged its regulatory partners such as Ema and the Zimbabwe Republic Police on the best way to prevent such fires,” said Mrs Mpofu. –