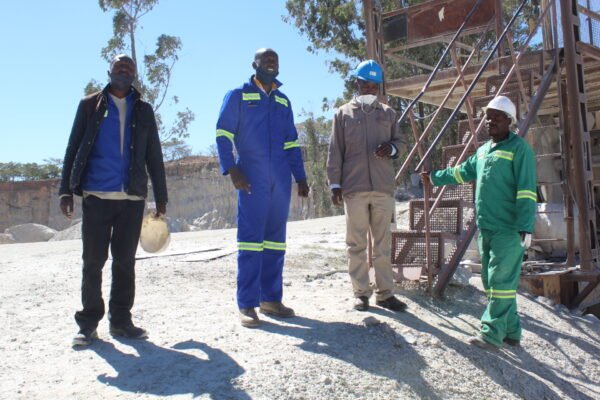 The government last year launched a strategic roadmap to the achievement of a US$12 billion mining industry by 2023 as it ramps up efforts to increase the sector’s contribution to the economy.

Under the US$12 billion mining roadmap, gold is expected to contribute US$4 billion, platinum US$3 billion while chrome, iron, steel diamonds and coal will contribute US$1 billion.

To achieve this target, the following should be improved to complement government efforts and increase gold submissions.

The Ministry of Mines and Mining Development has been struggling to allocate mining titles to prospective miners, breeding illegal miners, and reducing the flow of gold through formal channels like Fidelity Printers and Refiners (FRP) in the process.

Zimbabwe Prospectors Association president Samson Dzingwe recently told private media that the delays in the issuance of mining certificates create a conducive environment for red tape or corruption, which is an enemy of economic growth.

If the government, through the Ministry of Mines and Mining Development, could speed up mining title allocations, gold deliveries to FPR would increase significantly.

The Gold Development Initiative Fund (GDIF) which is administered by FPR was created by the Reserve Bank of Zimbabwe as part of its initiatives to enhance economic productivity through the promotion and development of the gold mining industry in Zimbabwe. The loan facility is primarily for the acquisition of gold mining plants and equipment to enhance gold production by miners. However, some of the fund requirements are deterrent to small scale miners, hence they should be eased.

We believe if some of the Fund requirements were eased, small-scale miners would be able to access it and use the money to break production records and deliver more gold to FPR.

FPR should employ its own gold buying agents and have them deployed in all gold producing provinces across the country. This will go a long way in enhancing transparency and accountability in the buying of the yellow metal. Illegal buyers create relationships with ASM something the sole buyer needs to start doing. Currently, a permit to buy gold is only issued to large scale gold buying agents who own mining operations producing at least fifty kilograms of fine gold per month.

Small scale gold buying agents are supposed to enter an Agency Agreement with FPR before being issued with a permit with clearly spelt out terms and conditions.

Given, FPR has gold buying centres around the country but more are needed. The country’s sole gold buying unit should consider partnering institutions like Zimpost for convenience’s sake. This will make it easy for miners to sell their gold, improving gold deliveries in the process.

Failure to pay miners on time is a recipe for disaster as it encourages miners, especially small-scale miners to sell their gold to the black market where payments are made instantly. Of late, FPR has been struggling to pay for gold delivered to it on submission due to foreign currency shortages. It blamed the COVID-19 pandemic which reportedly disrupted cash movement.

With corruption continuing rearing its ugly head and threatening one of the country’s foreign currency earners—gold sector—Zimbabwe should forget achieving the US$12 billion mining industry by 2023. Serious corruption cases involving officials in the Ministry of Mines and Mining Development who are allegedly causing man-made disputes in mining towns occurring around the country due to deliberate double allocation of registration certificates have been reported but with little action on the part of the government.

The government has announced its plans to migrate from the current manual to the more efficient and computer-based cadastre system in the administration of mining title but the pace by which the process is taking is not encouraging. Hence, it should be speeded up.

A cadastre is normally a computer-based and up-to-date land information system containing a record of interests in land such as owners’ rights, restrictions, and responsibilities. The current manual system has an outdated ownership database and is blamed for widespread disputes over claim boundaries.

Recently, local mining equipment suppliers told this publication that they were facing serious viability challenges stemming from currency volatility, cheap imports from China, and forex shortages to import raw material among others. In their submission, they called upon the government to support them by protecting them from cheap imports from China. For instance, Yagden Engineering managing director Wayne Williams, whose company deals with steel fabrication, mining equipment, machining, and milling equipment, suggested imposition of higher duties on equipment supplied by the Chinese.

It could be noted that mining equipment suppliers are an important sector driving the mining sector. Therefore, the support given to this sector will go a long way in boosting gold production in the country.

There are many land disputes in Zimbabwe, some of them caused by a lack of coherence between various government ministries and departments. To avoid land conflicts, a committee including officials from the Agriculture Ministry, local councils as well as Local Government Ministry should be set up.