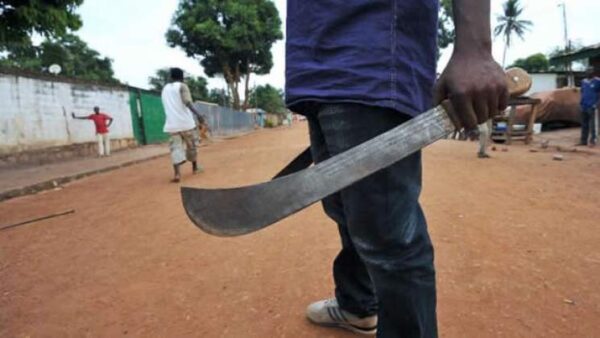 A MINE worker died while his eight workmates were seriously injured after they were attacked by a gang of 14 men who were armed with machetes in what is believed to be a conflict between rival mining gangs.

National police spokesperson, Assistant Commissioner Paul Nyathi confirmed the incident which occurred on Saturday at Cobra Mine in Gwanda.

The suspects went on to damage some property at the mine before fleeing,” he said.

“The injured were taken to Gwanda Provincial Hospital where one died upon admission and the others were further referred to United Bulawayo Hospitals (UBH). We are conducting investigations and we want to ascertain the cause of the conflict or whether these could be rival mining groups.

The suspects are 14 and they are based at Bina Mine which is close to the mine where the incident occurred. We want to warn people against using violence to resolve disputes.”

Asst Comm Nyathi appealed to members of the public with information that could lead to the arrest of the suspects to contact the police.

Zimbabwe Christian Alliance Gwanda District coordinator who is also an ex-officio member of the Gwanda Local Peace Committee (LPC), Reverend Sipho Mhizha said the peace committee had scheduled a meeting for today to come up with an intervention strategy that will be implemented at Cobra and Bina Mines.

“We learnt with great concern of the incident which occurred at Cobra Mine where one person died and eight others were injured. From the information we have gathered so far it appears that these are rival mining gangs and they have had previous conflicts,” he said.