When you think of investing in precious metals, you probably think about gold and silver. It makes sense. These metals have been widely accepted as currency and stores of value for centuries. But newer types of metals have recently broke into the mainstream precious metals industry, providing investors with more ways to diversify their portfolios.

Platinum was discovered in the 1700s when traces of the metal were found lining gold mines in South America. Spanish conquistadors considered the metal to be a nuisance that blocked what they truly sought. However, it is now known that platinum is far more rare than gold and extremely valuable. In fact, platinum is so rare that the entire amount of mined platinum is believed to fit into an average living room.

Nearly 100 years later, palladium was discovered by William Hyde Wollaston while he was working on a process to purify platinum. Today, palladium is still often found as a byproduct of platinum extractions. And palladium is believed to be even more rare than platinum—possibly up to 15 times as rare. Palladium is largely sourced in South Africa, as well as the US, Canada, and Russia.

Though you may see jewelry and designer watches made of platinum, the metal’s main use is in the making of catalytic converters for cars. In fact, nearly half of the platinum supply is used in the auto industry. Additionally, platinum is used in dentistry and in the making of medical machinery electrodes.

Palladium, a metal very similar to platinum, has several of the same industrial applications. It too is used in the automotive and medical industries, as well as being alloyed with gold to make white gold jewelry pieces.

Since these metals are crucial in the manufacture of vehicles, we can expect demand to rise in countries that produce cars. In recent years, China has surpassed the US as the world’s largest automobile producer. It’s likely that we’ll see an increasing demand for platinum and palladium in China because of the automobile industry, as well as emerging technological markets that may also make use of the metals.

Though it’s believed that palladium is more rare than platinum, palladium is actually a cheaper metal. Why? Platinum and palladium are very similar metals. The main difference is that platinum is much denser than palladium. That means that platinum can be manipulated more without breakingl. This makes it the more valuable of the two in terms of industrial uses. However, the similarities between the metals means that many businesses are turning to palladium when possible because of the lower price.

Investing in Platinum and Palladium

However, serious investors might want to take note of the metals’ recent success. Demand and spot price for both platinum and palladium have been steadily climbing for some time now. These metals might provide a good option for you if you’re looking to expand your investment portfolio. 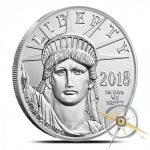 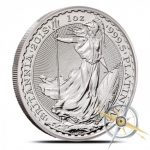