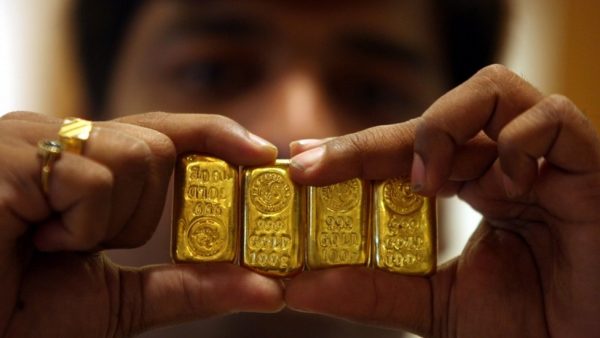 Minerworkers fall into a 50m shaft

Australian Stock Exchange-listed mining company, Ragusa Minerals Limited’s Underground Reconnaissance Works at the firms’ Tiberius prospect or Lonely mine in Bubi shows the potential of the mine to get up to 221g/t, the company’s quarterly activity report for the quarter ended 30 September shows.

The company said that underground channel/rock sampling works were completed at the Tiberius prospect during the quarter with 13 underground samples collected from the mineralised reef that returned significant analysis results, including 221g/t, 68g/t, 49.5g/t and 45.8g/t.

“Thirteen underground samples were collected from the mineralised reef (undiluted) and analysed, with results achieved up to 221g/t. Other significant sampling results include 68g/t, 49.5g/t and 45.8g/t.” the company said.

The company also said that, during the quarter, first stage diamond drilling works comprising 8 diamond drill-holes totalling 1236.64m were completed at the high-grade Tiberius prospect and laboratory analysis works are currently being conducted and sample results are due shortly.

“The first phase diamond drilling works at the Tiberius prospect was completed, with 1236.64m drilled at eight priority drill sites.

Great Dyke to secure phase 1 funding by end of year

Ragusa through its chairperson Jerko Zuvela said that it has received its Environmental Impact Assessment (EIA) approval to allow the full commercial development of gold mining and processing operations at the Lonely Mine Gold Project, including the Tiberius prospect for a period of two years (with renewal thereafter).

The Lonely Mine Gold Project is located ~88km north of Bulawayo, within the Bubi Greenstone Belt, in Zimbabwe. The Project covers greenstone belt lithology with multiple sub-parallel shear zones that host the historical Lonely and Tiberius gold mines and several other former mines, with similar geology as globally accepted Archean successions from Canada, Australia and South Africa. The Project area has not had any modern-day systematic exploration with the opportunity to benefit from utilising modern exploration techniques.