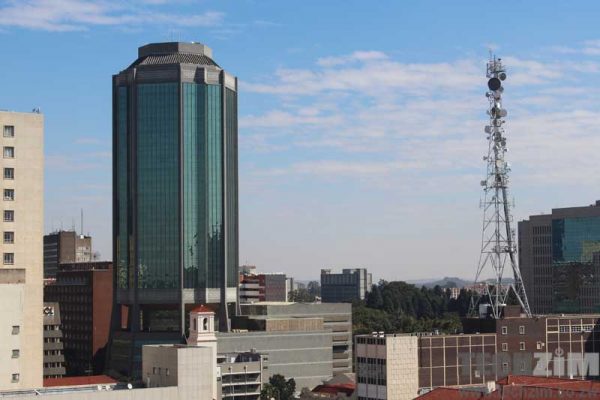 The Reserve Bank of Zimbabwe has ended its 25% incentive to gold producers, a subsidy criticised as a key driver of currency weakness and inflation.

The government had signalled in March that it would stop the subsidy, criticised by the IMF as one of the central bank’s “quasi-fiscal” activities stoking money supply.

“We would like to advise on the following; termination of the incentives to gold producers with effect from 26 May 2020,” said a June 4 letter to miners from Fradreck Kunaka, head of Fidelity Printers and Refiners, RBZ’s gold buying arm.

The subsidy was introduced in 2019, ostensibly to encourage more production of gold, the country’s biggest foreign currency earner. Under the scheme, gold producers were paid 25% of the gold price for each delivery of gold to Fidelity. The incentive was paid out in Zimbabwe dollars at the prevailing official exchange rate.

While welcomed by producers, critics said the subsidy was driving money supply, undermining the Zimbabwe dollar and feeding inflation.

In March, Finance Minister Mthuli Ncube said the gold scheme would be cancelled once the Reuters forex trading system became fully functional. However, government has controversially fixed the exchange temporarily as part of measures to deal with COVID-19.

In its Article IV consultation report released in March, the IMF estimated that, as at January this year, Zimbabwe was spending Z$400 million on the gold incentive every month.

“Staff urged the authorities to remove the gold incentive (which would have an annual cost of about one percent of GDP) and to incentivise gold sales to Fidelity Printers via forex market liberalisation reforms so as to reduce the parallel market premium, given the strong (negative) correlation between the premium and gold sales by small producers, who account for over 60% of total gold supplies in Zimbabwe,” the IMF said.

RBZ governor John Mangudya has previously rejected criticism that the gold scheme fuelled inflation. In a statement in March, he insisted that “the contribution of the gold sector incentive scheme was very minimal to the growth of reserve money”.

However, the government had, in its discussions with the IMF, pledged to drop the scheme. No timelines were given at the time.

“The impact on the budget of this policy change (removing the subsidy) and its timing is unclear at this stage, but could potentially reduce the additional spending,” the IMF said then.

Apart from the facility, RBZ has been failing to pay miners for gold deliveries. Industry officials report that some miners have not been paid for their deliveries for seven weeks.

Outstanding payments due to gold producers as at May 26 will be settled “soon” Kunaka said in his latest letter to mines, without giving details.

The government recently increased the proportion of forex payments that large gold producers can keep from gold sales from 55% to 70%. Small scale miners now receive a flat rate of US$45 per gramme of gold. Gold output fell to 27.6 tonnes last year from 33.2 tonnes in 2018, hit by power outages and forex shortages.