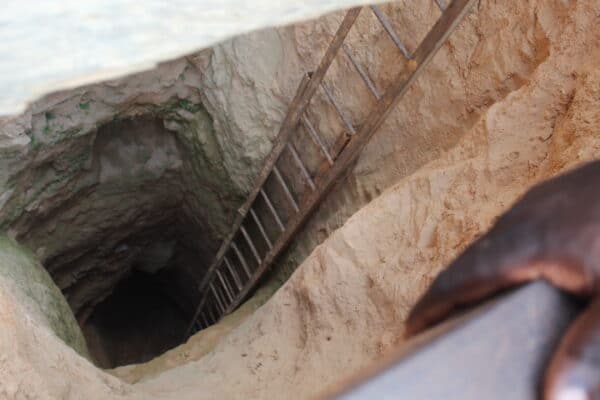 Communities in the mineral rich Great Dyke which forms part of the Midlands province have expressed concern about the state of environmental degradation, as trails of open pits are now death traps for human and livestock.

While mining has been identified as a key sector for the attainment of National Development Strategy 1 (NDS1) goals, the impact of some mining operations in the Midlands province has become a cause for concern.

The environmental devastation is visible in the Shurugwi, Zvishavane and Mberengwa districts where mining activities are the dominant source of income and livelihood.

A recent tour of the three mineral rich districts reflected a sorry state of the environment as local communities are fast losing arable land to mining activities.

Theresa Mgume of Mhondongori village under Chief Mapanzure in Zvishavane said she lost her son last year, who drowned in one of the open pits while herding cattle.

“I am always haunted when I look at these disused mine shafts because I am reminded of my late son. He went out to herd cattle as usual, but I did not know that it would be the last time to see him.

“I never said goodbye to him. He drowned and his body was discovered after two days of searching,” she said.

The visibly-shaken mother chronicled her son’s ordeal with total sadness and despair.

Other villagers also said they continue to lose livestock due to the disused pits.

Mrs Nomalanga Dube, a member of the Shurugwi Small-scale Miners, said communities are now pinning their hopes on the current amendment of the mining laws so that they may fully benefit from their mineral resources.

“Our districts, judging from the abundance of mineral deposits, should have been developed by now but nothing is coming to the communities except death and deprivation. The state of our road infrastructure and other social amenities do not reflect our God given wealth,” she said.

Chief Mapanzure said he has engaged the local authority, Runde Rural District Council, to get into their database and follow up with all the miners who left open pits.

“So far, as traditional leaders we have engaged with both the ministry and rural authorities to visit the database of all miners who caused environmental degradation and left unceremoniously so that they are made to rehabilitate the land or face prosecution,” he said.

Senator Chief Ngungumbane of Mberengwa also echoed the same sentiments, adding that some sacred shrines have been tempered with, a development that compromises their traditional values.

“Its unfortunate that some miners have encroached onto our sacred shrines. Communal sanity cannot prevail when our sacred places are being tainted.

“We are hoping the amendment of the mining regulations will incorporate traditional leaders as key decision makers regarding exploration and mining,” he said.

“We have had cases of people drowning in the pits, gold panners dying in the shafts and other related cases. There are companies like Zimasco that have distributed their claims to tributaries,” he said.

“The tributaries mine to a certain depth before leaving the shafts as they do not have equipment to go deeper. We are, however, monitoring and inspecting registered mines where we have frequent visits for environment impact assessments,” he said.

A 2020 report on Extractive Sector and Sustainable Economic Development, by the Zimbabwe Environmental Law Association (ZELA) identified three important aspects highlighting the effects of mining in Shurugwi including — failure by mining companies to implement their corporate social responsibilities, environmental degradation and the distress caused to the local communities.

The research revealed that large companies exploiting mineral resources in Shurugwi are making minimal efforts to plough back into communities.

This is largely attributed to the lack of a legal framework that obligates mining companies to practice corporate social responsibility in Zimbabwe.

“The trend in Shurugwi is that disused open shafts and pits are left unrehabilitated.

“This is largely blamed on the lack of constant monitoring by the Environmental Management Agency due to limited resources. As a result, there is unabated loss of lives (human and livestock), land degradation, air pollution, siltation and pollution/poisoning of rivers and streams,” the report said.

Communities hosting mining companies and employees, it was noted, were experiencing untold suffering from the mining activities.

Loss of agricultural and grazing land is a major problem that has led to communities facing food security and loss of sources of income.

Meanwhile, Zimbabwe is in the process of reviewing mining laws and policies to ensure communities benefit from their resources and to improve transparency in the sector.

Chairperson of the portfolio committee on mines and minerals development Edward Mukaratigwa said there was a general consensus on the need to review the mining laws in Zimbabwe, particularly the principal Act, the Mines and Minerals Act.

“The committee noted that laws were needed to improve gender equality in the sector and to upgrade the compensation model for relocated communities to empower affected communities and to hold the investors accountable for any social and economic impacts they encounter as a result of mining operations,” he said.

Mukaratigwa said communities called for disclosure of mining agreements and that they should be written in the local languages as well as in Braille to empower the local community to hold investors accountable for their actions.