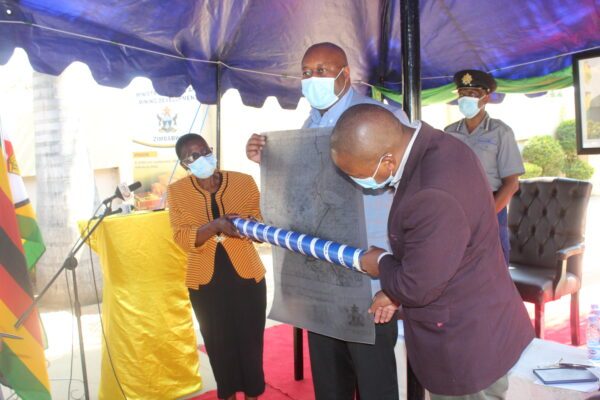 IN his 2021 mid-term budget and economic review, Finance minister Mthuli Ncube revealed that the mining sector has made huge strides towards achieving the US$12 billion mining industry by 2023, with a number of projects having been implemented.

IN his 2021 mid-term budget and economic review, Finance minister Mthuli Ncube revealed that the mining sector has made huge strides towards achieving the US$12 billion mining industry by 2023, with a number of projects having been implemented.

These include the reopening of closed mines, expansion of existing mines, opening of new mines, and establishment of several processing facilities among others.

We present below a few selected milestones that have been achieved so far.

Ncube said outstanding payment for the purchase of hardware for the operationalisation of the automated Mining Cadastre Information Management System was made to the contractor in the first quarter of this year. He said a user verification exercise was conducted in the Mutare pilot office the Ministry of Mines and Mining Development is set to meet with the contractor to share and iron out observations made.

The system is supposed to unlock value, avoid double allocation of title and enhance the security of tenure. It will also eliminate the chaotic allocation of mining claims and mineral leakages that continue to bleed the country of billions of dollars in potential revenue.

Ncube said the country’s Gemology Centre was 5% complete. So far, ZW$41 million funding has been released for project implementation to the Zimbabwe School of Mines. The implementation of the first phase of infrastructural development is now under consideration, he said.

A Gemology Centre is an office that supports the efforts of small-scale miners and traders and allows the government to capture the true value of its gemstones based on international guidelines.

Mutare City Council in March 2020 released title deeds for the 80-hectares of land in Fernhill to the Zimbabwe School of Mines to make it easier for the centre to attract foreign direct investment and achieve set targets.

The centre is expected to feed into the diamond cutting and polishing value chain and will be subdivided into four sections—the school of gemology, which will offer training courses across the value chain; the diamond manufacturing and lapidary, which will house cutting and polishing companies; the jewellery blacksmith and manufacturing for blacksmiths and manufacturers; as well as ancillary services that will house all supporting businesses.

The Treasury boss said a total of 28 Exclusive Prospecting Orders (EPOs) were issued from January to June 2021 this year, covering 1 506 073 hectares, adding to the already existing nine EPOs (255 530 hectares). The total area now under exploration from the 37 EPOs is 1 761 603 hectares, he said.

The Zimbabwe Zhong Xing Electrical Energy (ZZEE)’s construction of a 50 MW Thermal Power Station was also completed in the first quarter of this year.

Construction of a granite cutting and polishing facility by Yang Sheng is currently underway with the plant completion expected to be 1 September 2021. Ncube said Murowa, which is expanding its plant from 190 000 to 500 000 tons, is migrating from open-pit mining to underground mining. Current work on the expansion project involves the construction of the processing plant with a 500 tons per hour capacity and commissioning is expected to be done in the fourth quarter of this year.

Sunrise Chilota, on the other hand, plans for an underground mine to produce 15 000 to 20 000tons per month of coking coal by the fourth quarter of this year. Makomo is working on the recapitalization of machinery.

Blanket Mine completed a Central Shaft Expansion program which will result in an increase in capacity from 55 000oz to 80 000oz of gold output.

Ncube revealed that the processing plant at Eureka Gold Mine was now 98% complete and the mine was set to resume operations by the end of last month. At its peak, Eureka Gold Mine will produce 1.5 tonnes of gold per annum.

He said Shamva Gold Mine reopened in December 2020 after closure in January 2019. So far, the gold mining company has invested over US$8 million for resuscitation of the mine and US$1 million for exploration. The mine is targeting to produce 400 kg of gold per annum by 2023.

“The resuscitation of Shamva Gold Mine has seen over 800 workers who had been laid off resume work at the mine, with more expected to be hired once the mine completes its expansion process,” he said.

On Bindura Nickel Corporation (BNC), Ncube said the concentrator refurbishment is in the final stages of its resuscitation and the project is expected to be completed by end of this year. The company has also completed its underground main shaft re-deepening project.

Todal Platinum mine is currently undertaking mine development, he said.

Monachrome was granted 1000ha for chrome mining for ferrochrome production while Tsing Shang was allocated iron ore claims for setting up a carbon steel manufacturing plant.

Jin An (Pvt) Ltd’s 3 831ha of applications for chrome claims are still being processed.

An Inter-Ministerial Task Team, Chaired by the Ministry of Mines and Mining Development was set to coordinate the implementation of the project, he said.

South Mining has finished exploration on their Mutagech Special Grant. Currently, the company has plant A which is a non-recovery type coke oven with 120 000tons per annum production capacity.

The Ministry of Mines is issuing the company with a mining title to start mining.

Ncube said the Zimbabwe ZhongXin Coking Company (ZZCC)/ Zimbabwe ZhongXin Electrical Energy (ZZEE) have coking batteries that produce approximately 120 000 tonnes of coke per annum. The company is also completing a power plant and the first phase which will be producing 50 MW due for commissioning.

Lokalize (Western Areas) was issued with a mining SG for coal. The company also holds an IPP licence for a thermal power plant to produce 600MW.

Zambezi Gas is expanding its operations and has opened a second pit with a capacity of 100 000 tonnes of coal.

The Ministry of Mines and Mining Development last year revealed plans to establish gold centres across the country to curb illegal leakages of bullion and promote the official sale to the state buyer Fidelity Printers and Refinery.

But presenting his mid-term budget, Ncube said so far only five sites for service centres have been established.

The Zimbabwe Miners Federation has been calling on the government to expedite the setting up of gold service centres across the country to boost the production of the yellow metal.

A gold service centre is an establishment where all the functions related to gold mining from extracting to processing and sales are coordinated from.

The government had targeted to establish 15 additional gold service centres countywide before the end of 2020.

The Treasury boss revealed that the beneficiation and value addition strategy is being developed and still going through internal consultations.

He said the MMA Amendment Bill awaits tabling before the Cabinet Committee on legislation.

Retreatment of the Roasting Plant Dump

Ncube said the building of the roasting plant dump processing plant is currently underway, expected to be completed by the second quarter of this year.

How much has been disbursed so far

The 2021 National Budget allocated ZW$1.4 billion towards the operations of the Ministry of Mines and Mining Development. So far, a total of ZW$561 million (40%) has been disbursed, according to Ncube.

This article first appeared in the Mining Zimbabwe August 2021 Magazine