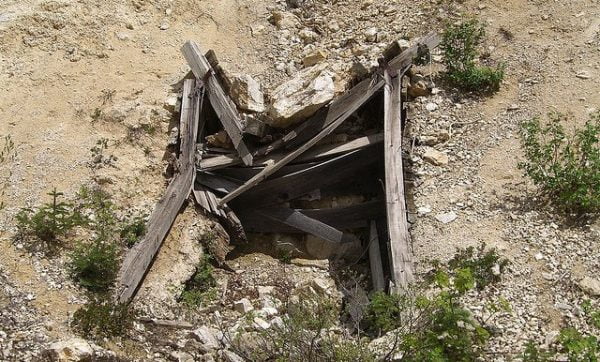 A 16-year-old boy from Bulawayo died last week after a gold mine shaft collapsed while he was inside with two other men in Hope Fountain.

According to police, the teenager from Village 16 Ntobi Rest-Bubi was employed at the mine in Hope Fountain.

Bulawayo police provincial spokesperson, Inspector Abednico Ncube, said they were investigating a case of sudden death which occurred at a mine in Hope Fountain, Bulawayo on November 3.

“The deceased is a male juvenile aged 16 years of village 16 Ntobi Rest-Bubi and was employed at a mine in Hope Fountain. The now deceased was accompanied by his workmates to work. The three entered into a mine shaft leaving no one outside,” said Inspector Ncube.

He said while inside the shaft, they heard sounds of something coming down the shaft.

“The other two ran and hid on one side of the shaft while the now deceased ran to the opposite side. When the noise had subsided, they went to check where the now deceased was and found him lying down bleeding from the head after being hit by a stone. They went out of the mine shaft and advised the informant about the incident,” said

He said the juvenile was taken out of the mine shaft breathing, but unable to speak.

“He was rushed to United Bulawayo Hospital for treatment where he was pronounced dead on arrival. The informant made police report and police attended the scene and investigations are in progress,” he said.

Inspector Ncube urged members of the public to practice safety at their workplaces.