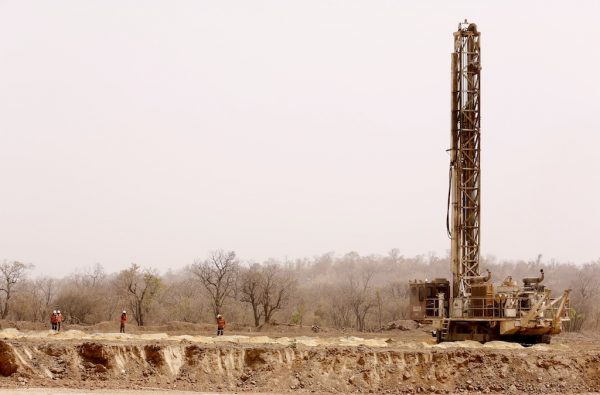 Teranga Gold (TSX: TGZ) has increased the mineral resource estimate for its Golden Hill project in southwest Burkina Faso after incorporating results from its latest drill program on the property.

The new resource estimate is based on the results from more than 900 reverse circulation and core drill holes totalling over 100,000 metres at five deposits — Ma, Jackhammer Hill, Peksou/C-Zone, Nahiri, and A and B-Zone — and a number of prospects.

According to David Mallo, Teranga’s vice president of exploration, there is “opportunity to increase resources further through more drilling and the optimization work that is already underway.”

“Within our three Golden Hill exploration permits, the structural-stratigraphic mineralized host can be traced for over 32 kilometres along trend, of which we have only explored about 10 kilometres. We look forward to getting back on the ground to drill and explore along this mostly untested trend where we have identified a number of undrilled target areas with very positive geophysical signatures, within the favourable host stratigraphy, compared to those observed at our known deposits, including Ma and Jackhammer Hill,” Mallo said.

The next step is to resume the exploration and drilling program intended to add resources and to evaluate the numerous prospects and deposits identified to date, as well as expand drilling outward to new areas of interest.

“We expect to spend approximately $15 million on our resource expansion
program at Golden Hill through the end of 2021 in order to reach our goal of outlining a resource of between 2 and 3 million ounces of gold,” president and CEO Richard Young stated in a press release.

“Despite today’s higher gold prices, our hurdle rate for new projects remains at achieving an internal rate of return of 15% at $1,300 gold, and Golden Hill’s development will be conditional on meeting or exceeding that threshold,” Young added.

A request to the government of Burkina Faso will also be submitted in the fourth quarter to convert the Golden Hill exploration permits to a mine license based on a technical study supported by the resource estimate.

Shares of Teranga Gold jumped 1.9% by noon EDT Monday. The Africa-focused gold miner has a market capitalization of C$2.44 billion_Mining.com